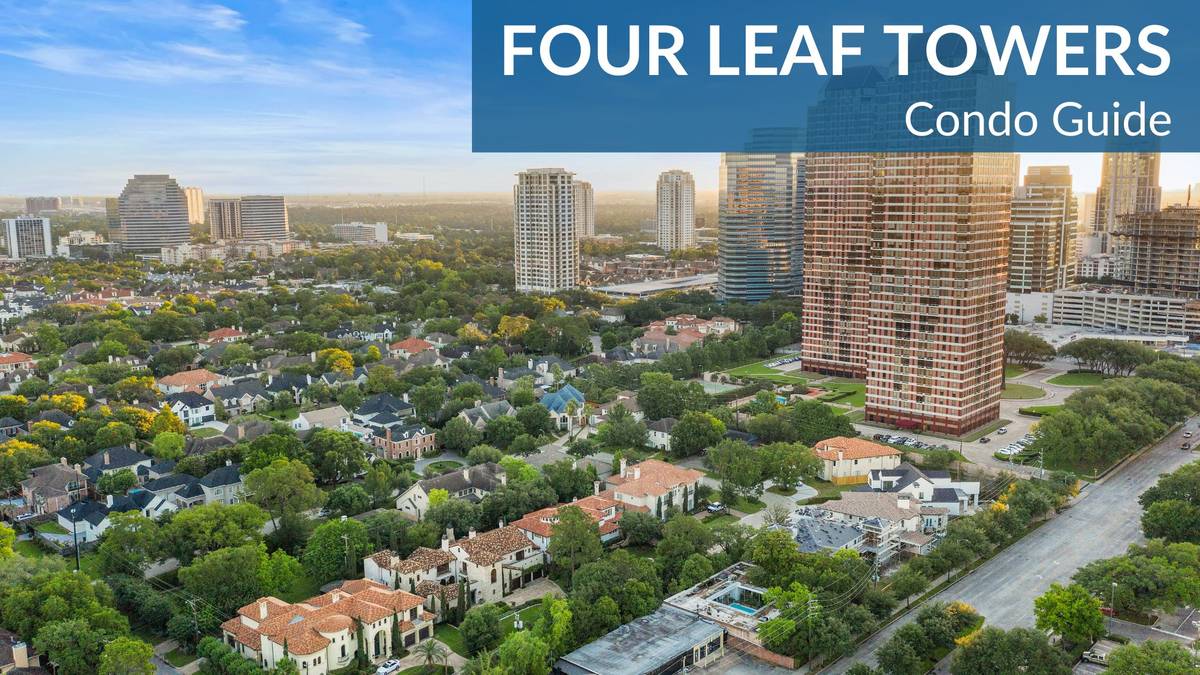 Four Leaf Towers is a Cesar Pelli-designed highrise with unique contemporary architecture. It comprises two towers and a private park. The "twin towers" is one of the top-ranking luxury condos in Houston.

Four Leaf Towers is famous for its:

Buying in the Four Leaf Towers can be tricky for several reasons. The building has over 400 units, each with different pros and cons. For instance, some views are superior to others. It affects the value of different units positively and negatively. Four Leaf Tower is also an older building. There are many comparable newer residential highrises within The Loop.

To get personal advice on buying or selling a Four Leaf Towers unit, contact Paige Martin, one of Houston's best condo realtors and one of the top-ranked Realtors in the United States.

"We had the pleasure of working with the Houston Properties Team. I must say from start to finish they were absolutely amazing. Very knowledgeable on the properties and things we needed to be looking for especially with being first-time home buyers. When things got bumpy they were always there keeping us uplifted and In the loop. I highly recommend the Houston properties team for any of your home buying needs. We couldn’t be more pleased!!!" - Clarissa (Google Review) 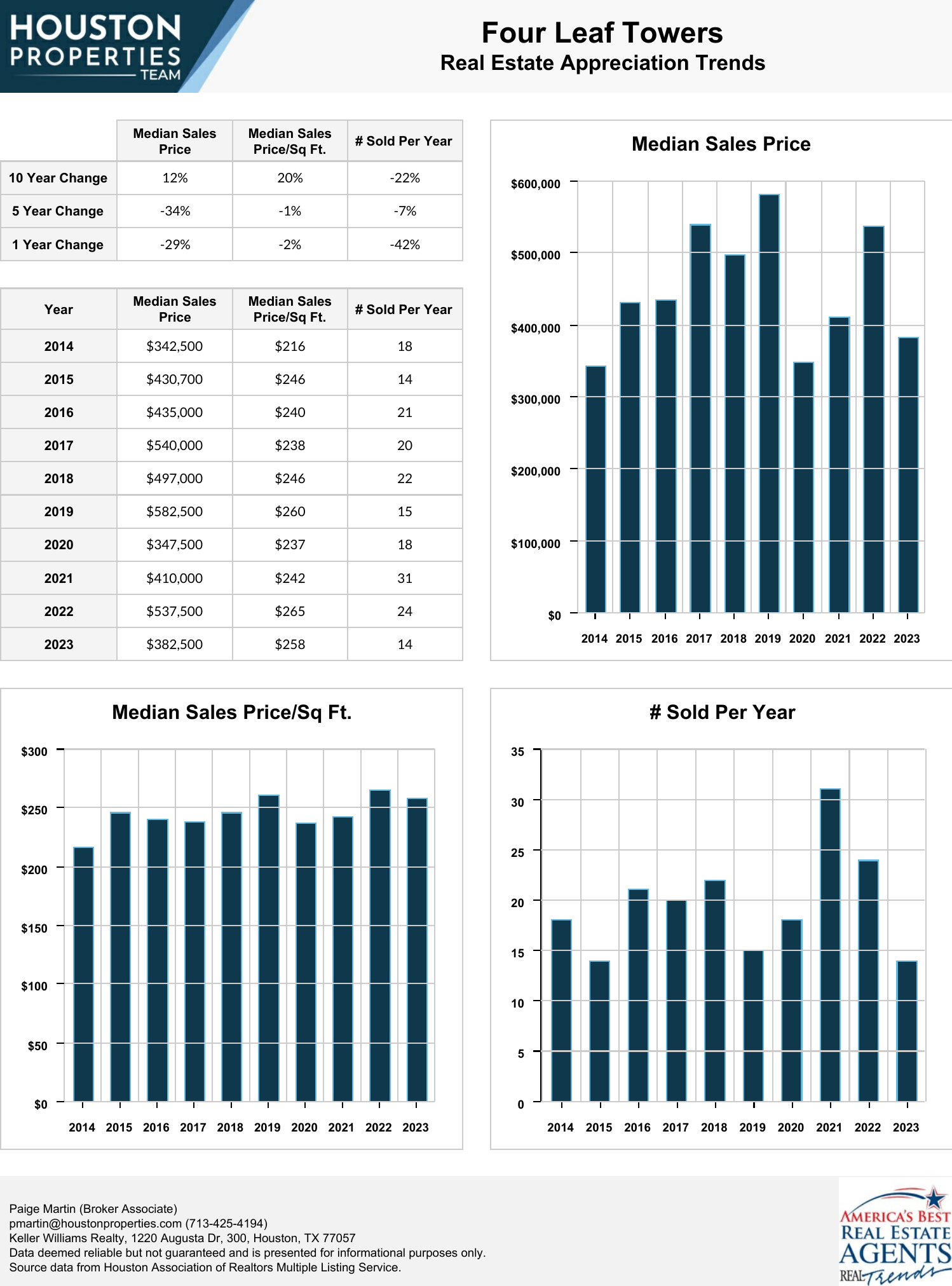 How To Find Four Leaf Towers In Houston

Four Leaf Towers is a pet-friendly residential highrise that allows two pets per unit up to 45 lbs in weight. The management doesn’t permit aggressive breeds of pets.

Galleria residents can enjoy highrise living near numerous world-class shopping and entertainment centers like The Galleria Mall and Uptown Park. Residents are also a few minutes away from hundred of restaurants, parks, and shops.

Located within Galleria, Four Leaf Towers sits along San Felipe Street. The location of the Galleria area is south of the Memorial area and the Memorial Villages, west of Memorial Park and Afton Oaks, east of Briarmeadow, and north of Bellaire.

Houston’s key business districts are easily accessible from Four Leaf Towers. Downtown, located 10 miles east of the building, houses more than 150,000 employees and 3,000 businesses. About 7 miles away, Texas Medical Center is a world-renowned medical center with over 50 medical and clinical institutions and 100,000 employees.

Galleria’s upscale and popular shopping centers like The Galleria, Uptown Park, and Highland Village are less than 2 miles away from Four Leaf Towers.

Four Leaf Towers residents can send their children to the following schools:

Lee High School at 6529 Beverly Hill St. Lee offers an advanced placement curriculum where students can earn college-level credits on some subjects. These include World History, Macroeconomics, Calculus AB and BC, Spanish Literature, Environmental Science, and Physics B.