Guide to The Royalton Condo Houston 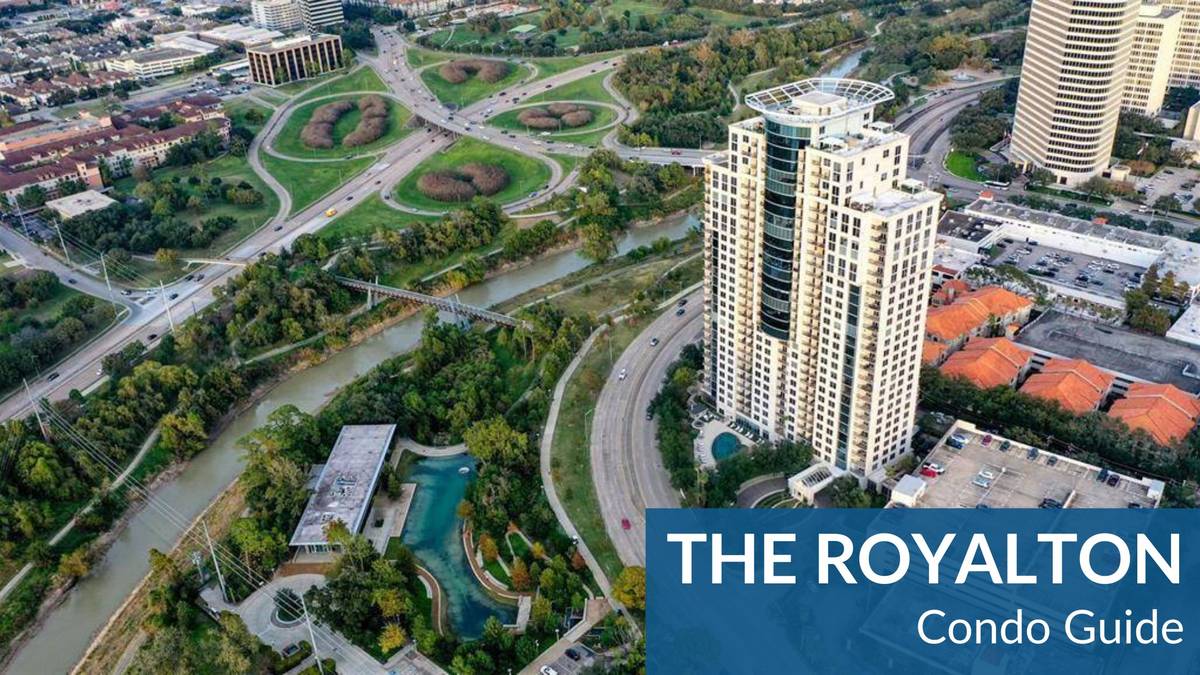 Royalton At River Oaks is one of Houston’s premier landmark buildings with an iconic contemporary architectural design.

Buying in the Royalton At River Oaks can be tricky for several reasons. The building has over 250 units, and some of the floor plans have had resale issues in the past. Units facing certain directions typically sell at a premium/discount (based on views and sun exposure).

To get personal advice on buying or selling a Royalton At River Oaks condo, contact Paige Martin, one of Houston’s best condo Realtors and one of the top-ranked Realtors in the United States.

“I can't recommend the Houston Properties Team enough. Working with them has been a painless and wonderful experience and would recommend them to any of our friends and family. She and the Houston Properties Team guided us flawlessly through our first home purchase. There is no other person I would trust with our next home purchase after how amazing this process has been.” - Chad (Google Review)

The Royalton Condos For Sale

The Royalton Condos For Rent 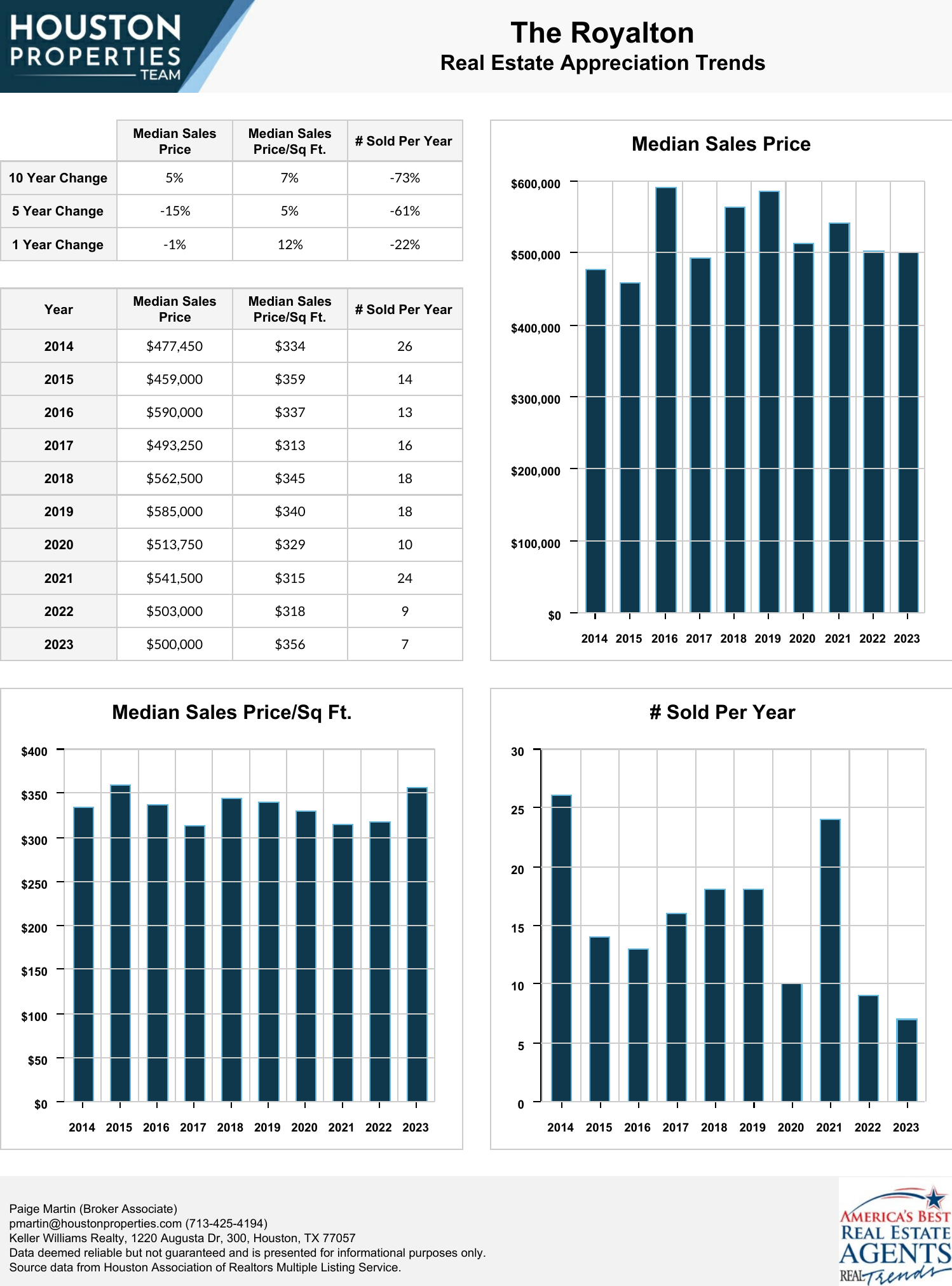 How To Find The Royalton In Houston

River Oaks is one of the most accessible neighborhoods in Houston. The proximity of Royalton to main thoroughfares provides its residents easy commutes, as several main roads go through the neighborhood. These include Westheimer Road, Kirby Drive, and San Felipe Street.

Based within the upper-class River Oaks, The Royalton stands along Allen Parkway. The neighborhood is situated North of Upper Kirby, East of Briar Hollow and Galleria/Uptown, West of Neartown/Montrose, and South of Memorial Park.

Royalton has access to business and retail centers in Houston. Medical Center is just 4 miles away, while the Galleria is 7 miles from the condominium.

Royalton residents are also a few minutes away from entertainment centers. River Oaks Shopping Center is less than 2 miles away from the condo, while Highland Village and The Galleria are 6 miles away.

Sitting in one of Houston's exclusive neighborhoods, Royalton At River Oaks is zoned to the Houston Independent School District (HISD).

Royalton At River Oaks condo residents can send their children to the following schools:

Wharton Dual Language Academy at 900 W Gray St. Wharton is an alternative primary school that serves gifted and talented students in their Vanguard programs (Language Magnet program for Pre-K to 8). Their language program promotes both Spanish and English as languages of equal value.

Lamar High School at 3325 Westheimer Rd. Lamar High School has a great Athletics program. They have one of the oldest lacrosse programs in the state and have either won or placed several times in state championships in the past. Their football team is one of the highest-ranking teams within the Greater Houston area. Lamar also offers exemplary academics programs: Advanced Placement (AP), International Baccalaureate (IB) Diploma Programme, and a business magnet program. Its IB Diploma programs include classes in 5 languages: Russian, Chinese, French, Italian, and Spanish.