Buying an Il Palazzo condo can be tricky. Some units feature premier views (Downtown & Medical Center) while others overlook less exciting views. There are also a lot of new construction condo development in the Museum District and Texas Medical Center areas. Lastly, very few units go on the market for sale.

To get personal advice on buying or selling an Il Palazzo unit, contact Paige Martin, one of Houston’s best condo Realtors and one of the top ranked Realtors in the United States. 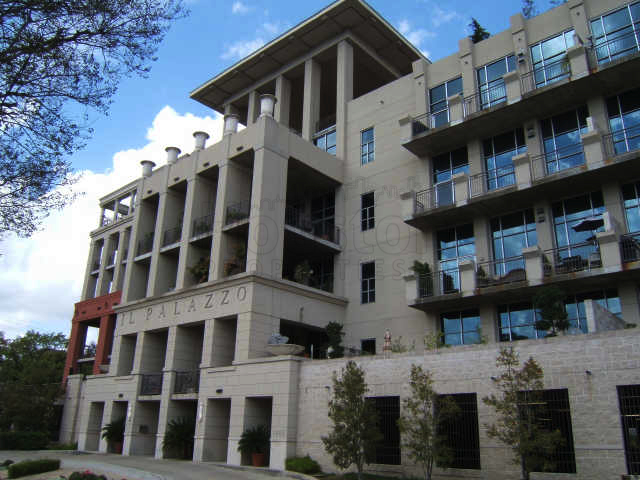 Don’t see what you like?Get a custom list of the best homes for sale in Il Palazzo

Following are the amenities currently offered at Il Palazzo and what the HOA fee covers:

See how the HOA fees at Il Palazzo compares with other condos within the Medical Center and Museum District areas: (See Houston Condos: HOA Fees & Amenities) 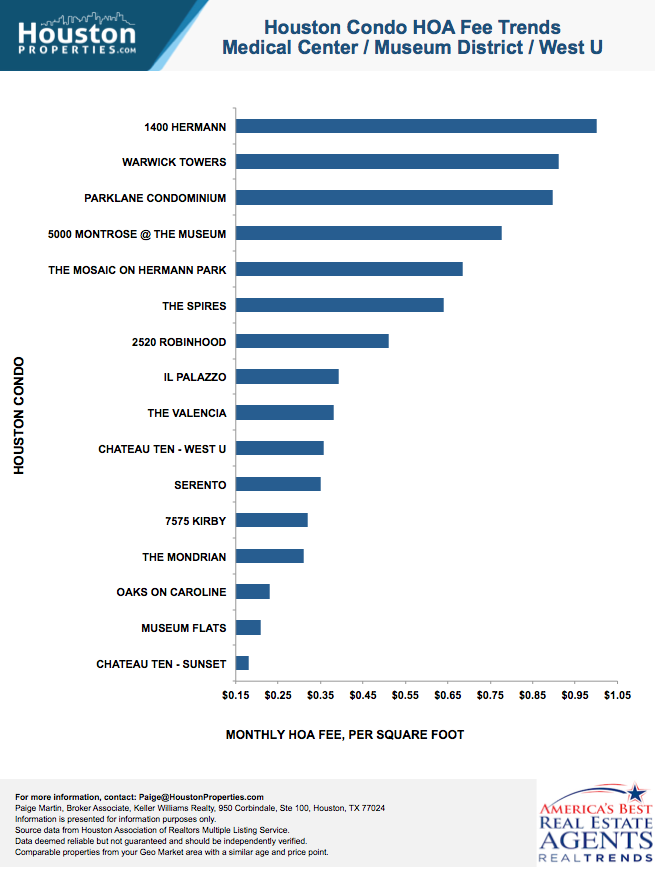 Il Palazzo have posted good appreciation rates over the last decade. All 58 units were reportedly sold with prices between $280,000 to $480,000.

For a custom report about this building and its sales trends, please email me. For a detailed report on how the condo market is performing, see Best Performing Housing Segments in Houston. 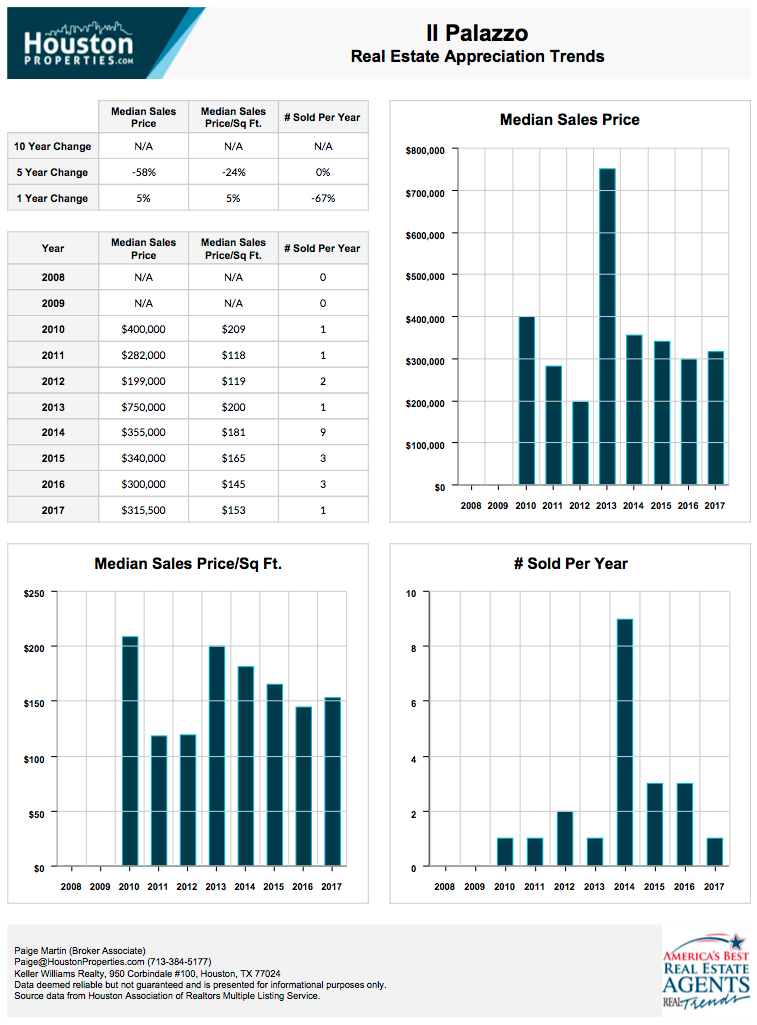 The management allows owners to have pets but the breed and weight needs to be reviewed first (approval is case by case). Featuring easy access to freeways and public transportations, Museum District is one of Houston’s most accessible neighborhoods. The nearest MetroRail stop from Il Palazzo is Museum District station, located 3 blocks away. 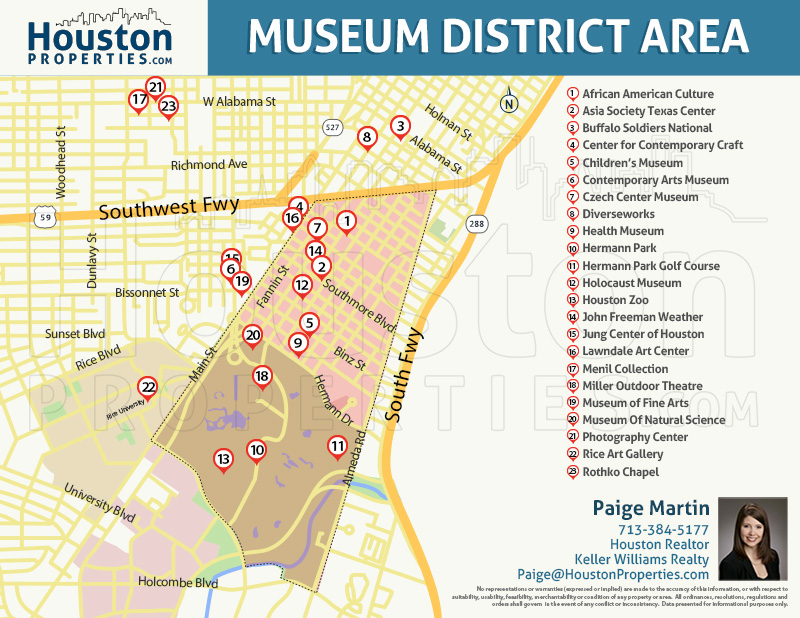 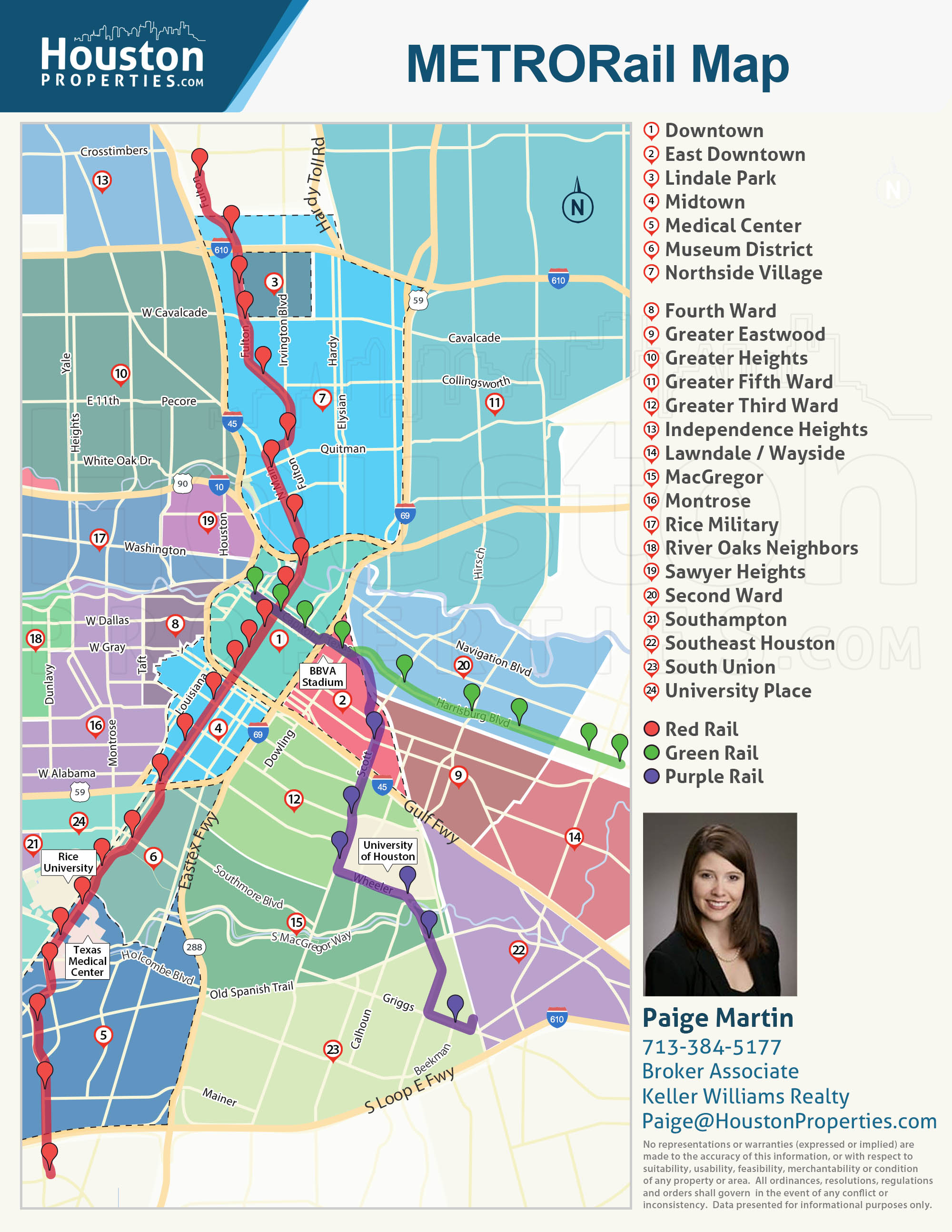 Occupying an entire city block within Museum District, Il Palazzo sits at 1401 Calumet St. The building is  bounded by La Branch, Austin, Calumet and Prospect.  The Museum District is located north of Texas Medical Center to the south and west of Rice University. Across the Southwest Freeway, north of the neighborhood lies Midtown and the Neartown/Montrose.

Other Houston neighborhood near Museum District are Montrose and Midtown, both less than 2 miles north of Il Palazzo. 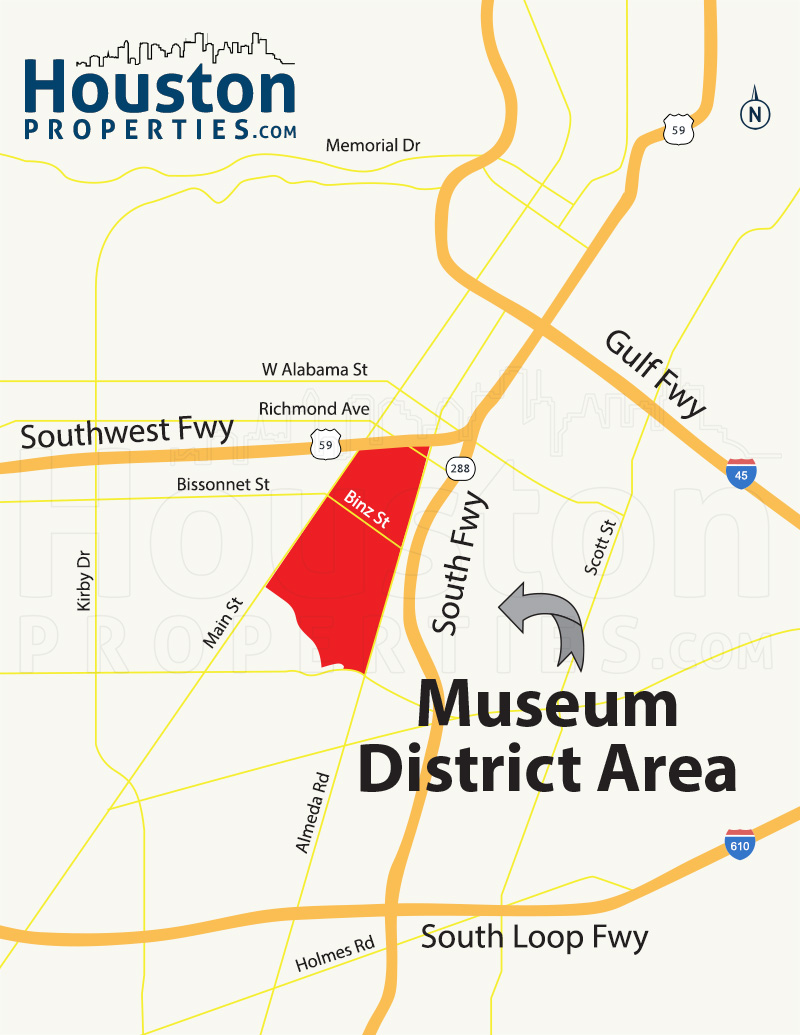 Il Palazzo residents can send their children to the following schools:

MacGregor Elementary School at 4801 La Branch St. Founded in 1922, this school used to be known as Southmore. Named after Henry F. MacGregor, the school serves students in grades EE to 5 and offers magnet programs for music and science.

Lamar High School at 3325 Westheimer Rd. Lamar is probably best known for its Athletics program. With one of the oldest lacrosse teams in Texas, this high school offers a variety of other sports. It is home to The Lamar Redskins, one of the highest-ranked teams in Greater Houston.

Why Sell Your Il Palazzo Condo With Us

Paige Martin is one of the most experienced and knowledge condo Realtors in Houston, and has a lot of experience helping people buy and sell at Il Palazzo.