Atascocita is an affluent lakeside and golf-course community with more than 15 subdivisions located east of Humble, TX.

One of the fastest growing communities in Texas, Atascocita is an upscale residential development bordered to its east by the 12,000-acre Lake Houston.

Atascocita is within one of the Best Houston Suburbs. The neighborhood features more than 15 subdivisions and several parks, country clubs, and golf courses. 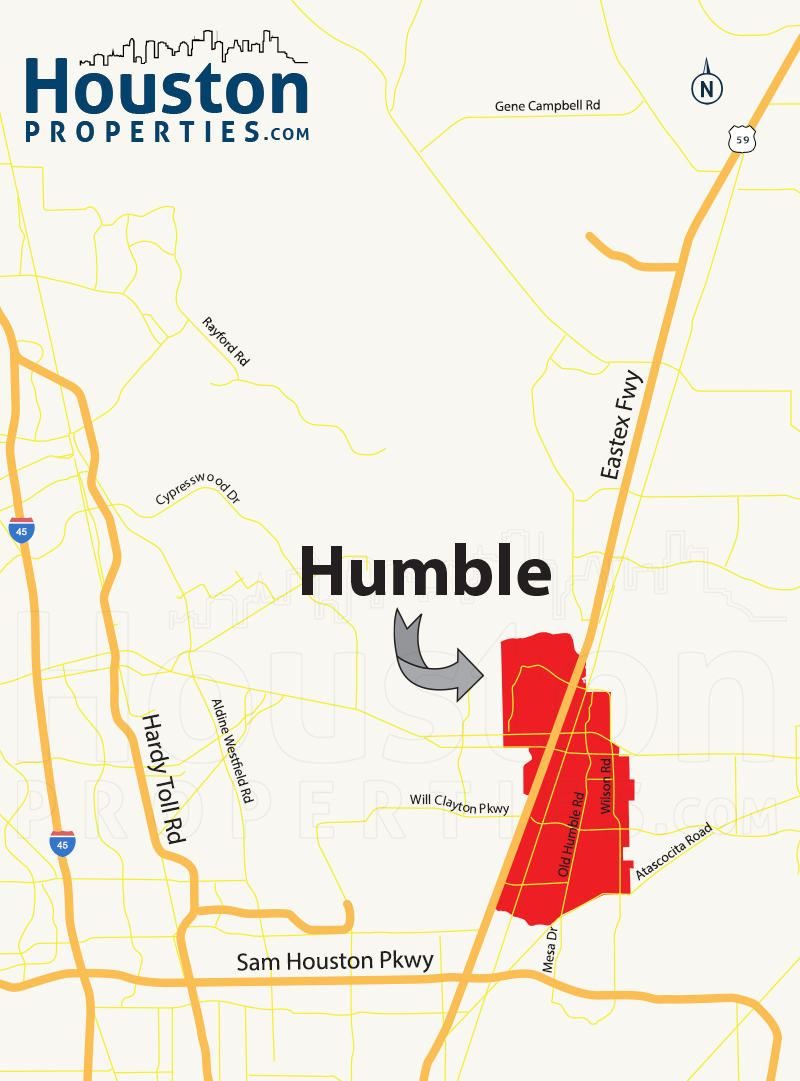 Atascocita is home to more than 15 subdivisions making its real estate tricky to navigate. Consulting with the best Atascocita realtor for suggestions and advice can greatly benefit homebuyers.

Don’t see what you like?Get a custom list of the best homes for sale in Atascocita North

One of the fastest growing communities in the country, Atascocita is an upscale residential development bordered to its east by the 12,000-acre Lake Houston. Atascocita is within one of the Best Houston Suburbs and features more than 15 subdivisions and several parks, country clubs, and golf courses.

Nestled in North Houston, Atascocita is just off of Beltway 8 and Interstate 69 with the Farm To Market Road 1960 running through the community. Atascocita is located about 30 minutes away from the major hubs of Downtown Houston and the Inner Loop. It is also within some of the best suburbs in the area and Houston’s Best Golf Course Communities with Kingwood and Humble located less than 6 miles away.

The affluent neighborhood is home to several members-only golf and country clubs including the Atascocita Country Club and Walden on Lake Houston Golf and Country Club. Club amenities include tennis courts, fitness centers, swimming pools, and dining and lounge areas. The Lindsay Lyons Park and Sports Center located southwest of the community features 120 acres of green spaces and athletic fields.

With the 12,000-acre Lake Houston on its eastern shore, Atascocita homes are minutes away from several outdoor recreation facilities. Residents can enjoy swimming, fishing, boating and skiing in the lake. Canoes and kayaks are also available for those who want to navigate through the scenery and wildlife of Lake Houston and its sources such as San Jacinto River and Spring Creek.

There are more 15 subdivisions within Atascocita including Eagle Springs, Walden on Lake Houston, The Oaks of Atascocita, Atascocita North, South, and West, Atascocita Trails, Atascocita Shores, and Timber Forest, amongst many others. Homes in the area available in several designs such as traditional, Mediterranean, Colonial, and contemporary and modern architecture.

Atascocita homes are nestled in large lots sprawled along landscaped and tree-lined streets and cul-de-sacs. Lot sizes range from 8,000 up to more than 32,000 square feet.

*Note: For a more detailed guide to schools zoned to Atascocita homes, check our Houston’s Best Schools OR email me at [email protected].

Paige works with a tremendous number of buyers and sellers within Atascocita, earning praises like “Paige Martin is the best Atascocita realtor I know.” Read more about client feedback and ratings here.