Boulevard Oaks is an architecturally diverse neighborhood composed of 21 subdivision that lined by oak trees. Boulevard Oaks homes for sale are a mix of beautiful 1920’s and 1930’s era homes, with a few modern-styled homes.

Located north of Rice University, Boulevard Oaks is bordered by the Southwest Freeway to the north, Morningside to the west, Bissonnet to the south, and Graustark/Parkway to the east. 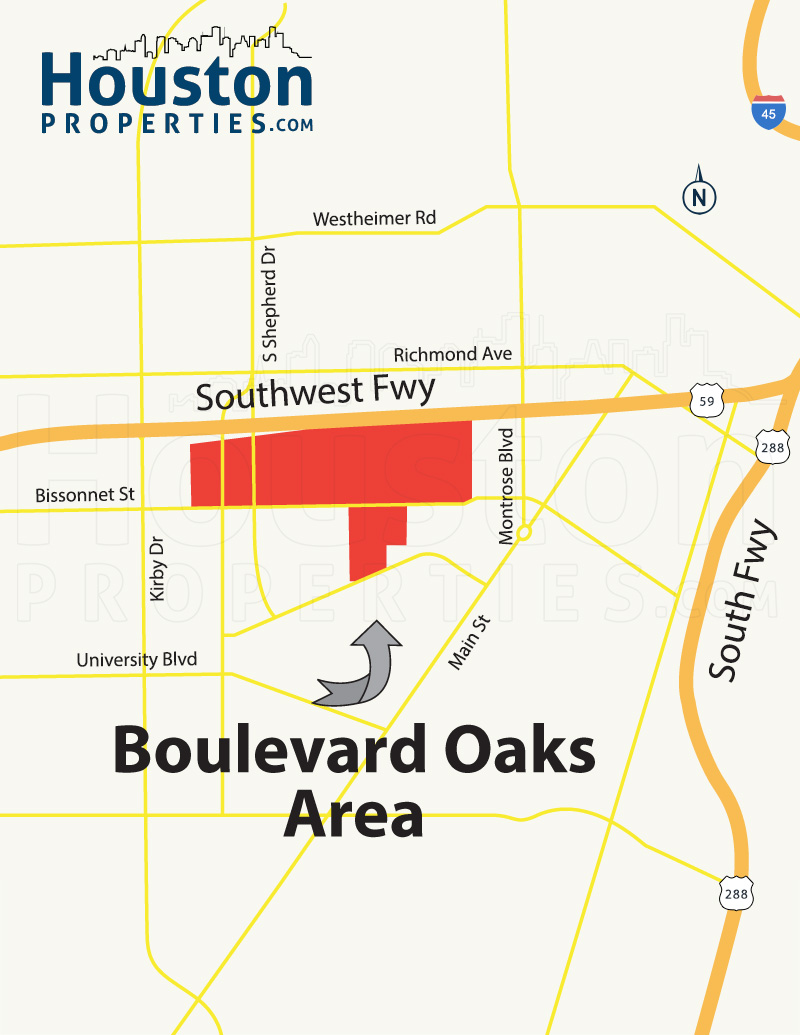 Lot sizes are generally larger than its Inner Loop neighbors and it’s not common to see wall-to-wall homes in the area. Home prices range from around $600,000 to nearly $5,000,000.

Turnover of homes in Boulevard Oaks is low due to lack of inventory and high demand. More than 24% of residents have been living in the area for more than 5 years.

Residents are very protective of the neighborhood’s old-world charm. The community prefers restoring old homes, and have even protested the tearing down of old buildings to make way for high rises. This however, has not affected the sales in the area. Boulevard Oaks continues to exhibit a strong appreciation trend. 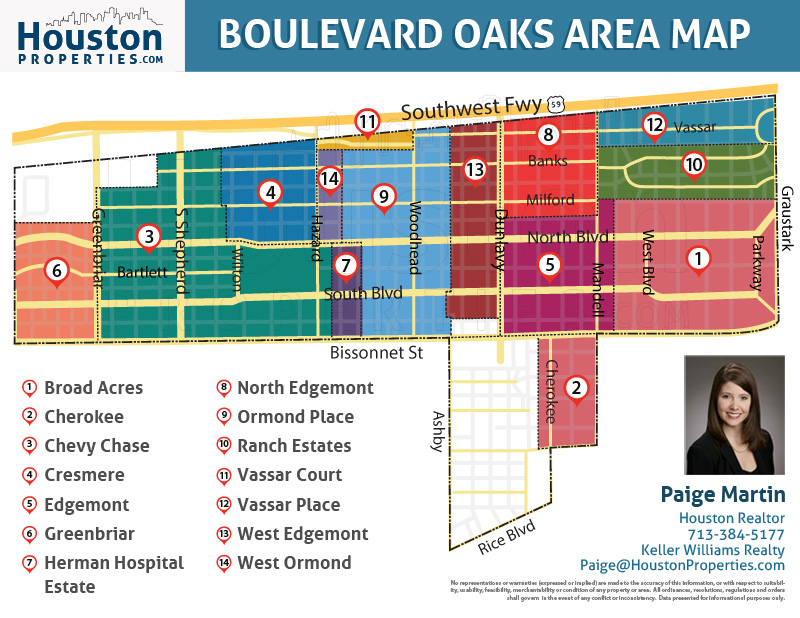 There are a total of 21 subdivisions under Boulevard Oaks.

Boulevard Oaks development began in the 1920’s to early 1930’s. The subdivisions of Broadacres, Edgemont, and Ormond Place were the first ones to emerge.

In 1924, West Edgemont started development, followed by West Ormond Place, Chevy Chase, and Vassar Place. Other nearby subdivisions were initialized by real estate developers throughout 1930 to 1940.

The following is a list of these subdivisions and their boundaries: