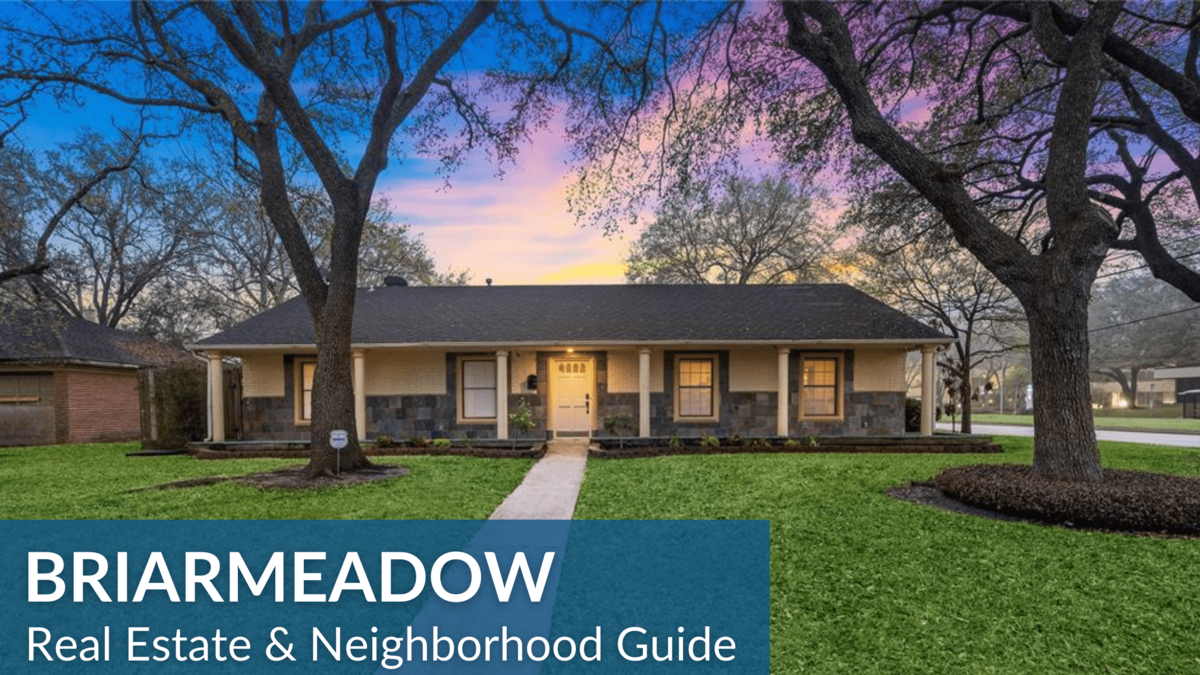 Briarmeadow is a collection of small and exclusive subdivisions stretching west of the Galleria up to the Westchase District. It is located around 12 miles from Downtown Houston.

Briarmeadow is in high demand due to the following:

Buying or selling a home in Briarmeadow can be challenging. A great number of communities in the area is a factor. Each community offers different home types at different price points.

To get personal advice on buying or selling a Briarmeadow home, contact Paige Martin, one of Houston’s best realtors and one of the top ranked Realtors in the United States. 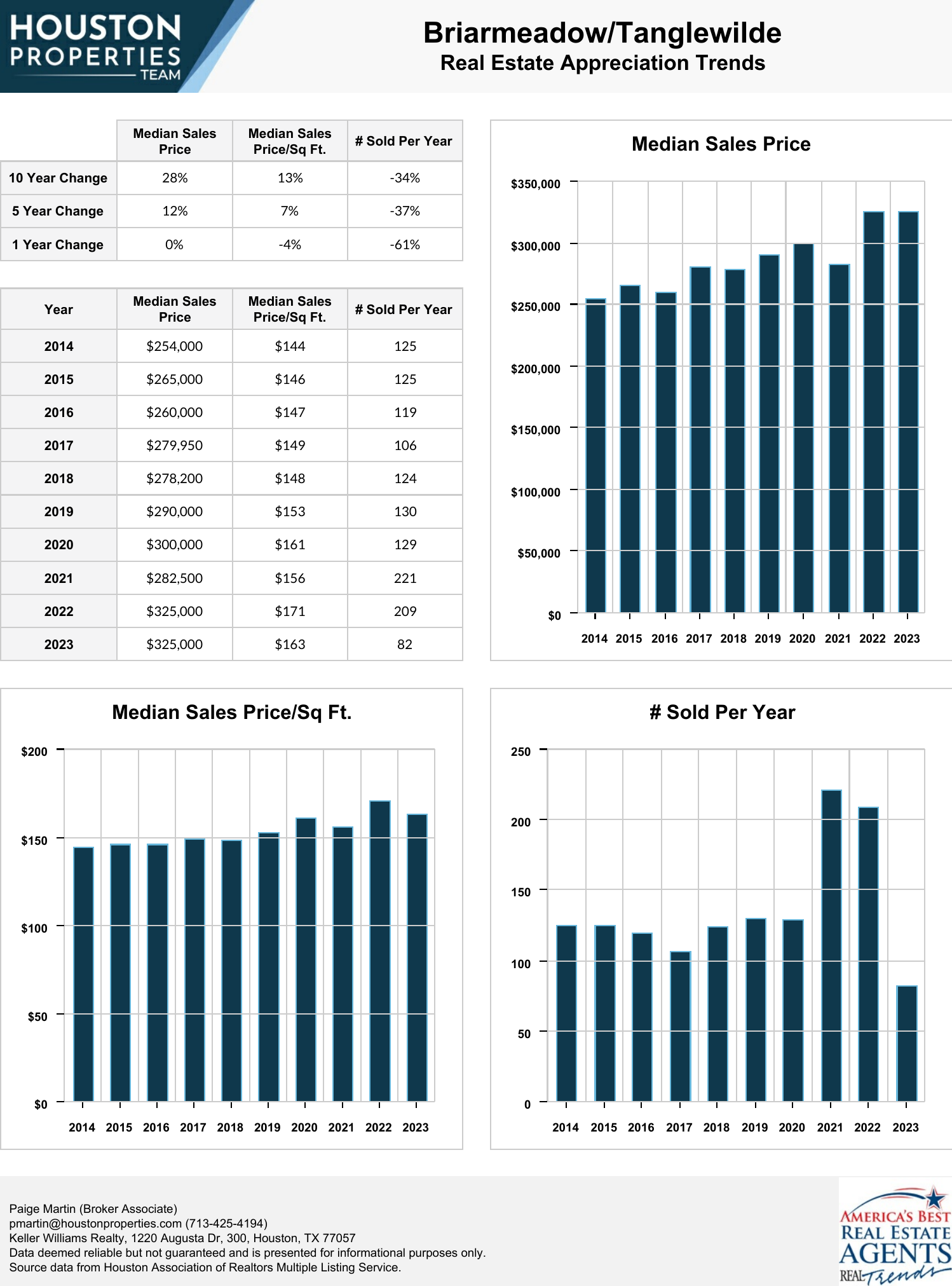 Briarmeadow is a residential neighborhood located 12 miles from Downtown Houston. It is close to the Westpark Tollway and the Galleria area.

Briarmeadow is popular for its:

Made up of several subdivisions and multi-family dwellings, Briarmeadow (also known as Woodlake/Briarmeadow and Tanglewilde/Briarmeadow) is largely residential. Some areas feature commercial establishments. 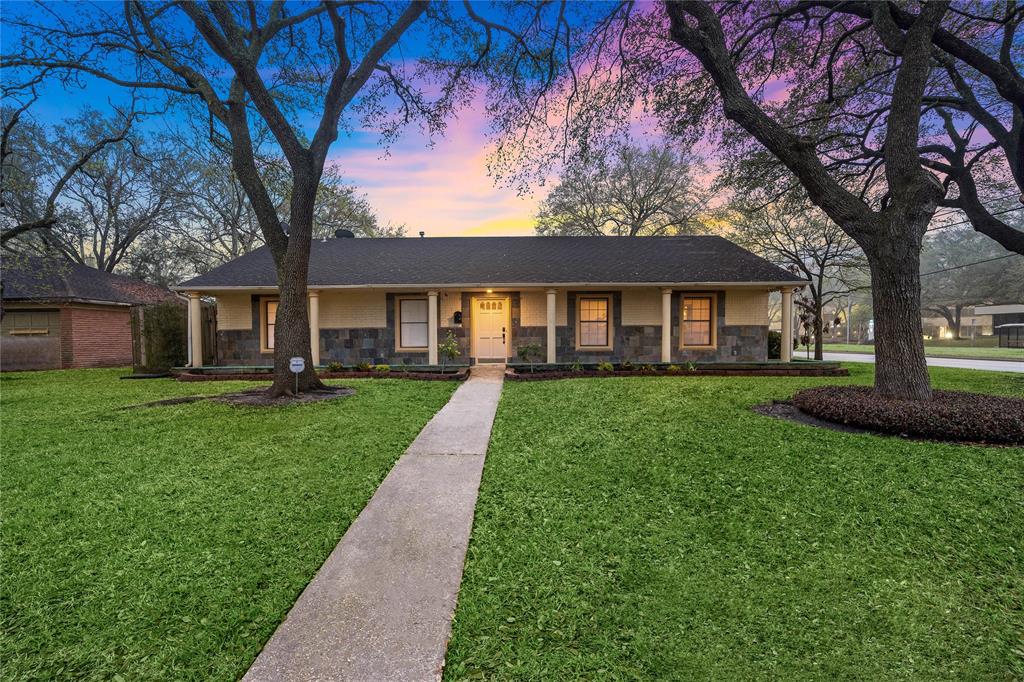 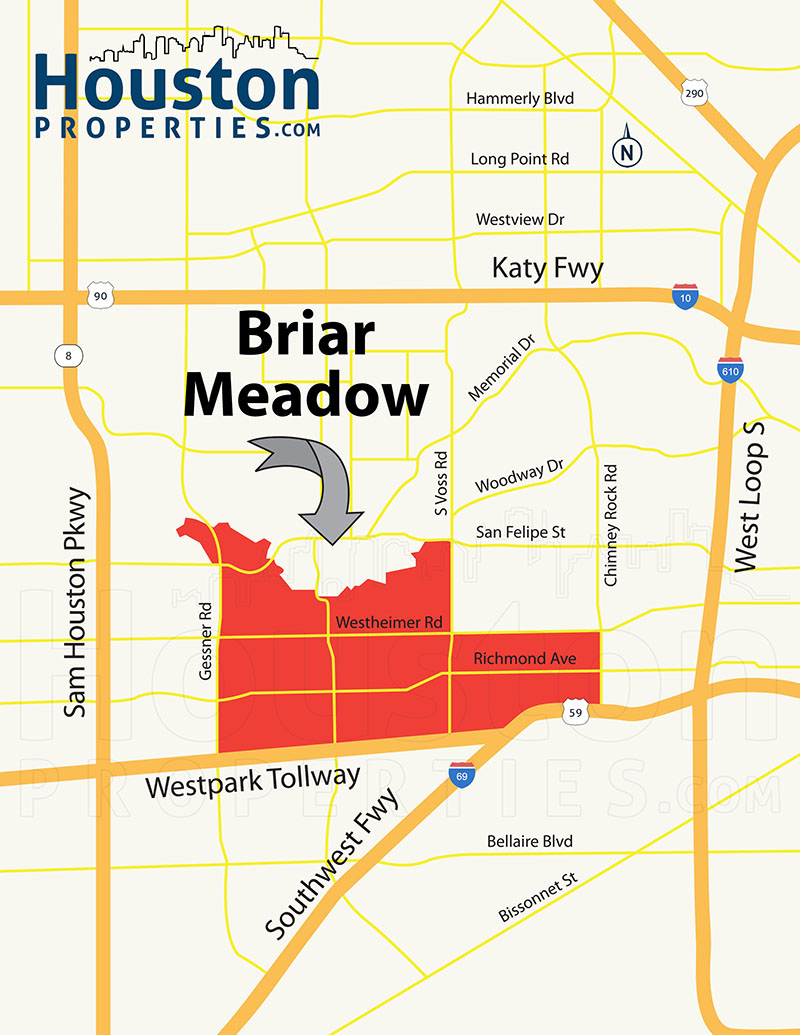 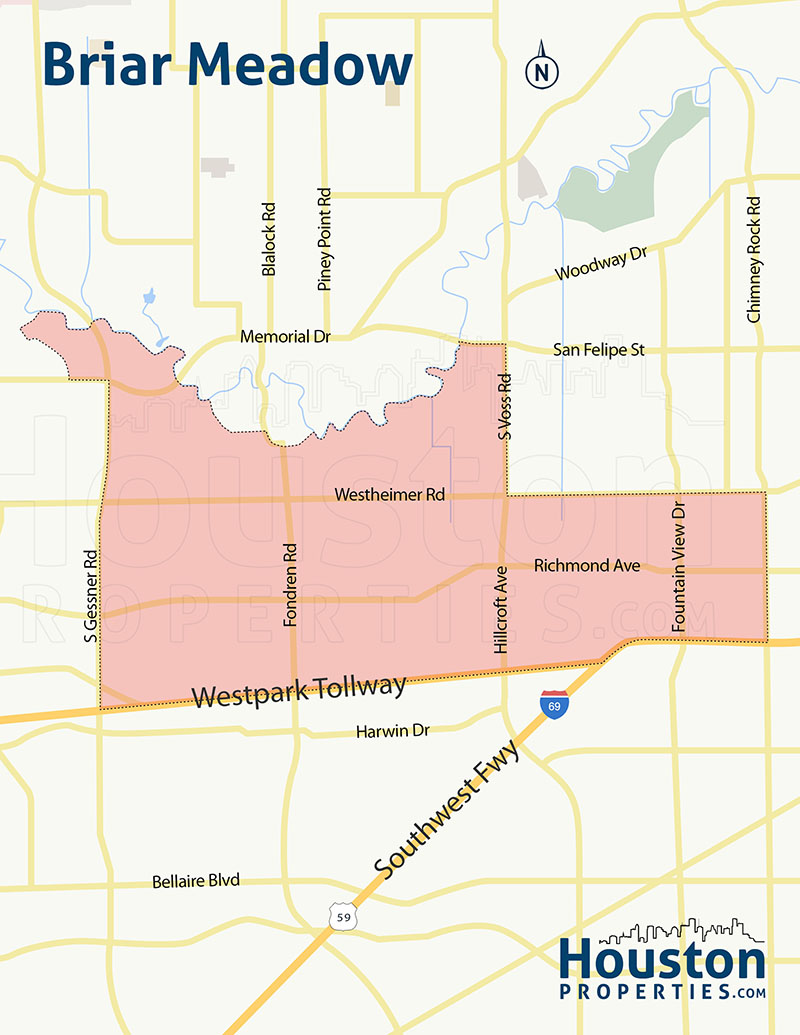 Briargove homes are located near several private schools, including St. Michael School (1833 Sage Rd.), a part of the Archdiocese of Galveston-Houston, and the Al-Hadi School of Accelerative Learning (2313 S Voss Rd.), a private Islamic School.

The following are some of the more notable private schools near Briarmeadow.

To find an updated listing of all Briarmeadow real estate zoned to any specific public school, please send an email to Paige Martin at PMartin@HoustonProperties.com with the property preference and budget that you're working with.

*Note: School zoning tends to change from year to year, the information provided above is accurate but not guaranteed. Please double-check by visiting the school's website.

The area is made up of several smaller communities and subdivisions, including Tanglewilde, Briar Meadow, Woodlake Forest, Oaks of Woodlake, and Briarbend, among others.

Briarmeadow is between two major employment centers, Westchase and the Galleria/Uptown area. Over 1,500 companies operate out of the Westchase District, including major players in the petroleum industry (Dow Chemical, Chevron, Phillips 66, and Halliburton, among others). The district has 16 million square of office space.

Briarmeadow real estate has steadily appreciated in the past 10 years. The median sales price of homes in the neighborhood is $290,000. Compared to its more affluent neighbors, Briarmeadow homes for sale are certainly more affordable.

Homes in the Memorial Villages, Memorial Close-In, and Tanglewood tend to fetch much more, with median sales prices in the millions.

Compared to these pricier homes, Briarmeadow homes tend to feature smaller lots ranging from around 9,000 to upwards of 10,000 square feet (larger than most within Inner Loop, however).

NOTE: Due to the number of smaller subdivisions and communities within Briarmeadow, it may be better to look at specific neighborhoods for more accurate real estate trends. 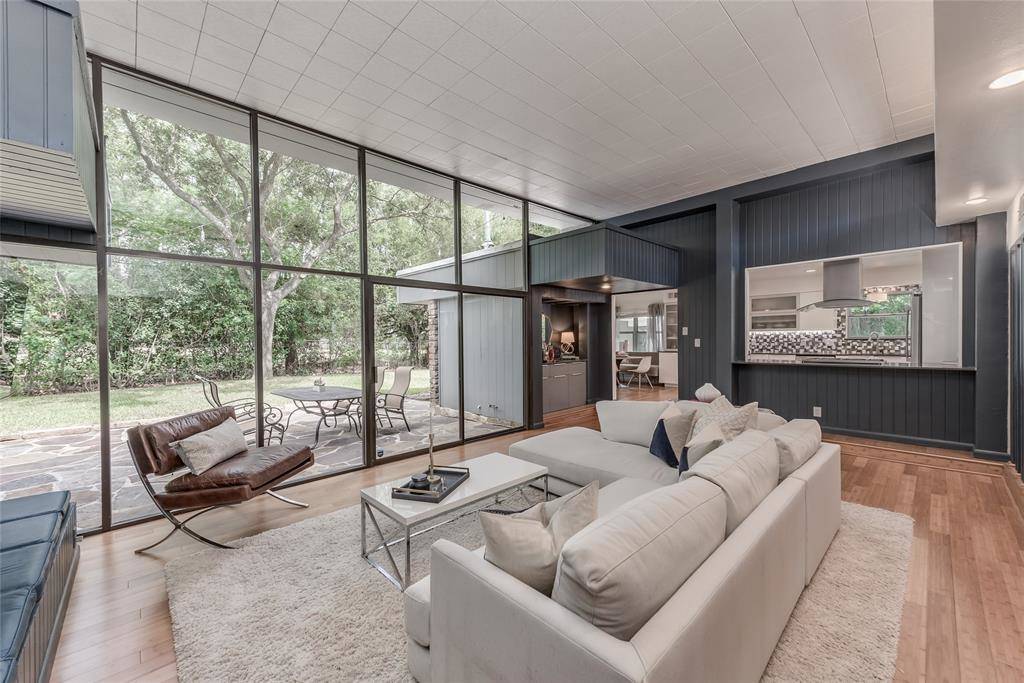 Briarmeadow is known for its ranch-style homes, some of which date back to the 1950s and 1960s.

Many of these older Briarmeadow homes have been updated and maintained, though a number have been replaced with bigger and newer homes. 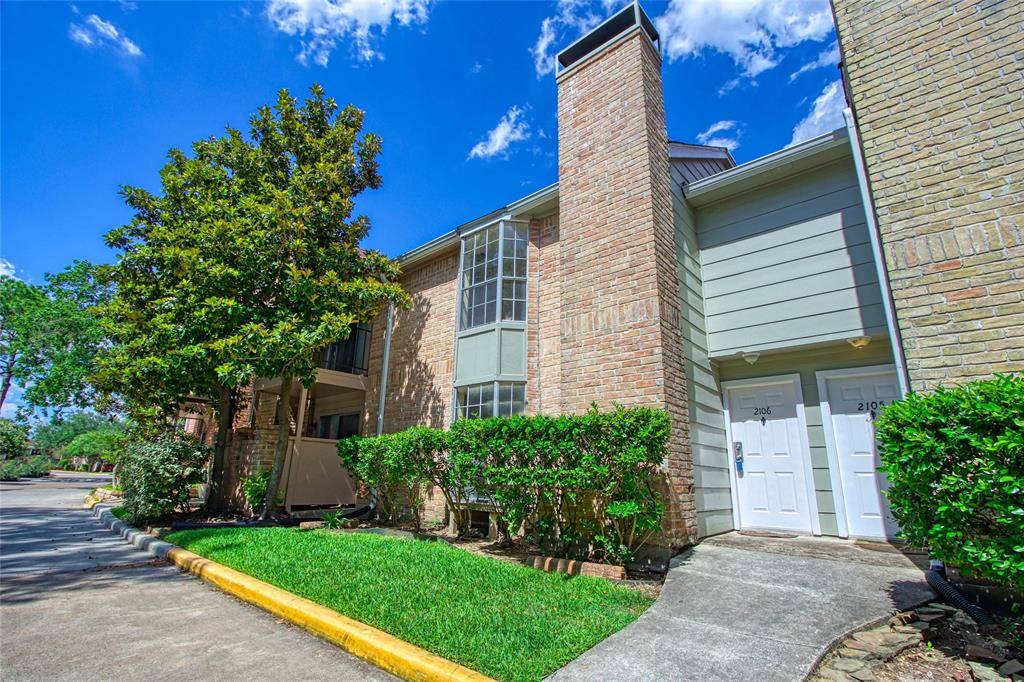 There are a number of townhomes in the Briarmeadow/Tanglewilde area. Compared to their single-family home counterparts, Briarmeadow townhomes are smaller and more affordable.

Briarmeadow townhomes typically feature 2 to 3 bedrooms, with living spaces ranging from 1,000 to around 2,800 square feet. Lot sizes are at around 2,000 square feet. Most were built in the early 1980s, though there are newer townhomes available in the area.

These Galleria condos are within a few minutes from Briarmeadow:

Several factors contributed to development in west Houston, including the post-war housing boom and the completion of Interstate 10. The 1950s and 1960s in particular saw developers buying up properties around the Buffalo Bayou and creating subdivisions for upper to middle-class families.

Today, the Briarmeadow area (also known as Briarmeadow/Woodlake or Briarmeadow/Tanglewilde) is a large neighborhood spanning from Gessner to Chimney Rock Road. Neighborhoods within the area are still quite popular for their suburban vibe, verdant surroundings, and peaceful close-knit communities.

Fun Things To Do Near Briarmeadow Houston

The Briar Meadow/Woodlake area is a mix of residential communities, retail centers, and busy main roads lined with commercial establishments.

Several parks are also located within the Briarmeadow area, including the newly renovated Briarmeadow Park.

For more options, residents can take the short drive to the Galleria/Uptown Park area. Westchase Mall is a couple of miles away. The Memorial City Mall, Town & Country Village, and the CityCentre (all within the area near I-10 and Beltway 8) are also within easy driving distance from the neighborhood. 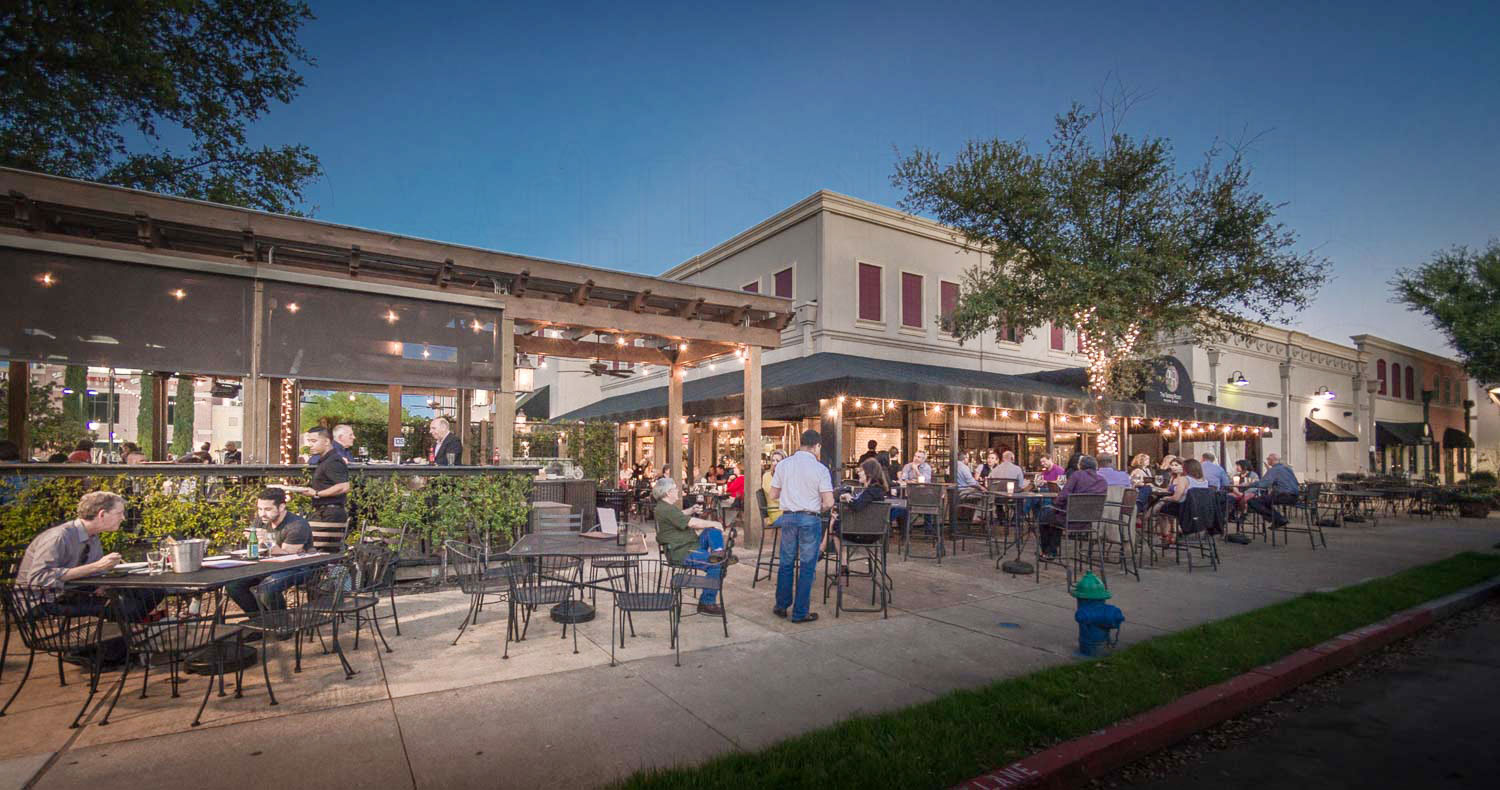 Here are just some of the must-visit places in and around Houston Briarmeadow: 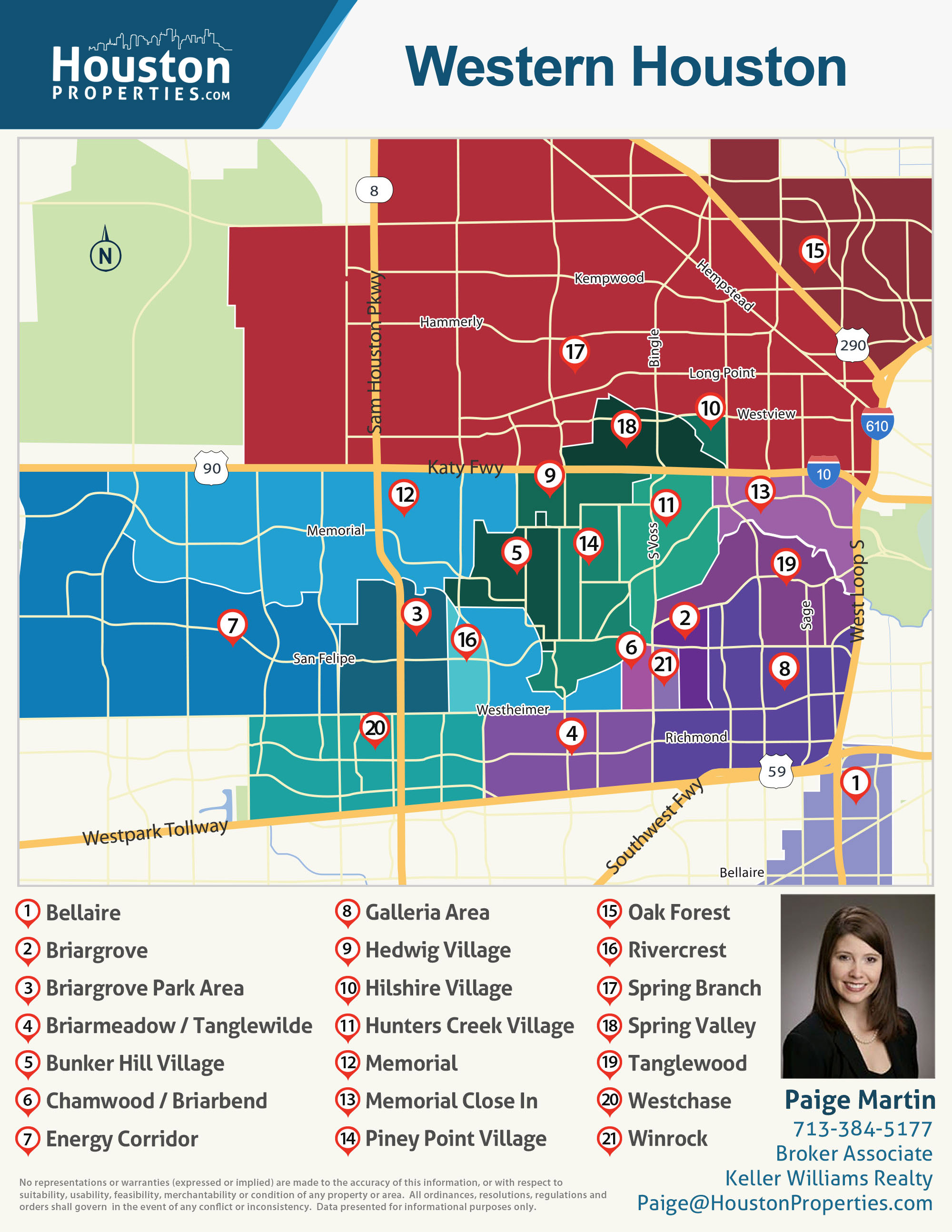