Crestwood is a subdivision located within Houston’s Inner Loop and near Memorial Park.

About 4 miles from Downtown Houston, Crestwood is also within a 5-10 minute drive from Galleria. Aside from Memorial Park, some Crestwood homes for sale are right next to the Hogg Bird Sanctuary. 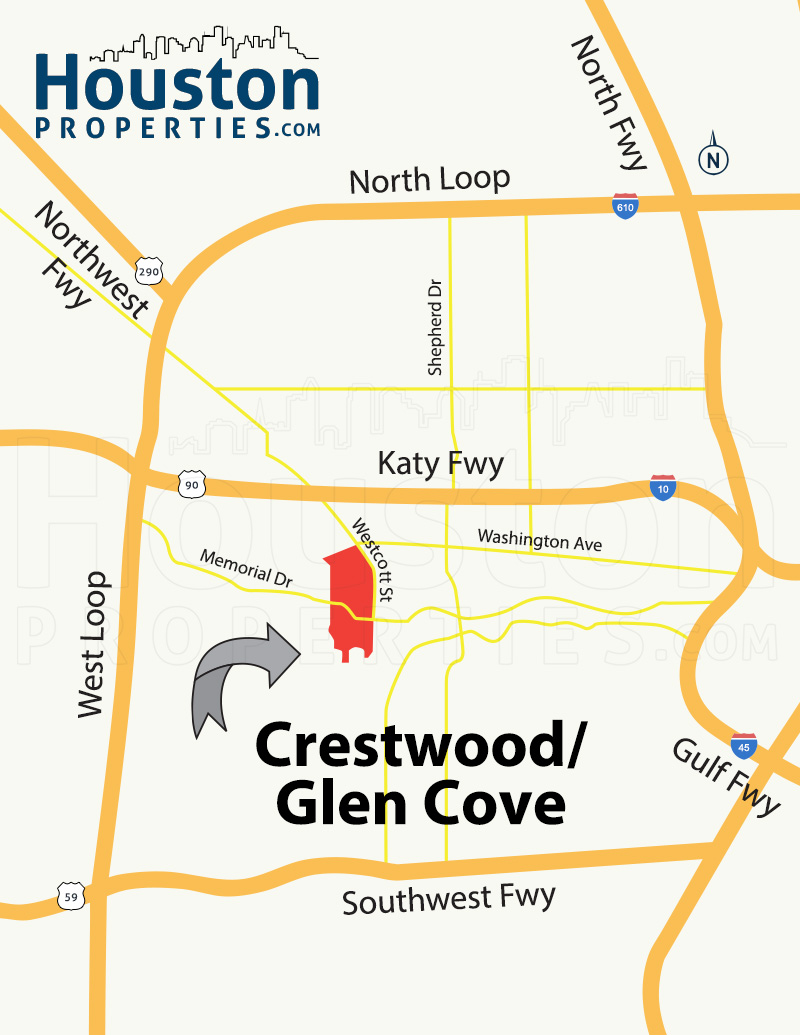 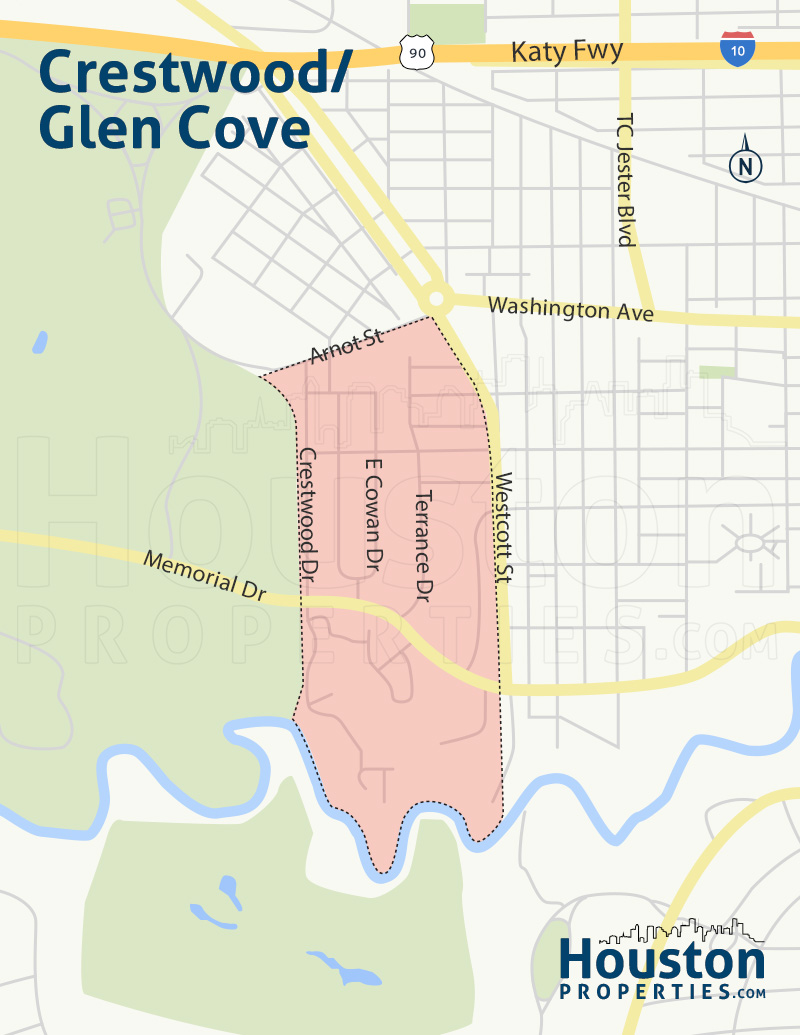