Downtown Houston has undergone a tremendous transformation over the last few years with dozens of restaurants, bars, shops and retail outlets.

The district has over 30 commercial establishments, all worth checking out. Sampling the entire area can be challenging specially if you want to experience the Downtown Houston nightlife, but here’s a nifty map that could help plan the trip: 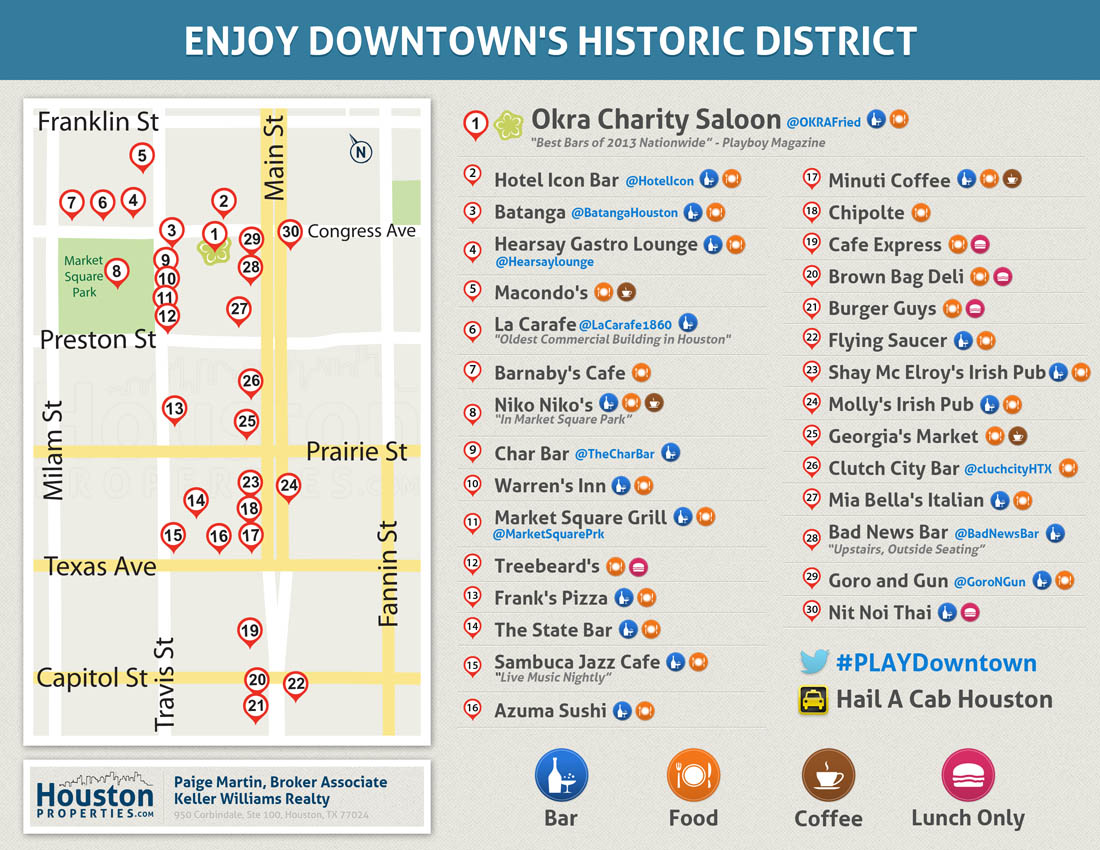 Downtown Houston is a bustling district home to residential and commercial skyscrapers. Downtown streets are lined up with restaurants, bars, and clubs, and parks. To make “getting around downtown” easier, an extensive network of pedestrian tunnels and skywalks has been built for public use.