East Downtown (EaDo) is a vibrant Houston neighborhood near the major business districts of Downtown Houston, the Texas Medical Center, and the Houston Ship Channel.

The neigbborhood is located east of Downtown Houston (hence the name). It is bounded by Interstate 45 to the south, Highway 59 to the north, and the freight railroad lines that run from Commerce to Cullen.

Rated as one of the 10 most accessible neighborhoods in Houston, East Downtown is between the George R. Brown Convention Center and the East End district. 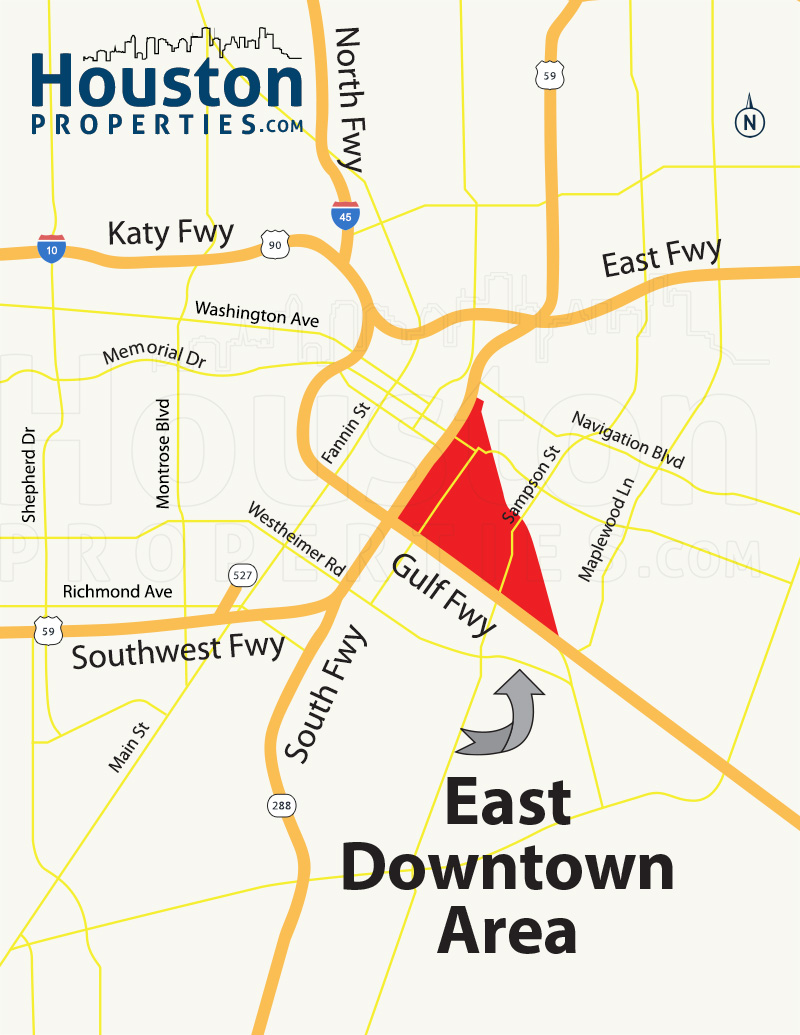 Located adjacent to Downtown Houston (hence the name East Downtown), this area was a graveyard of abandoned supermarkets and restaurants until about 10 years ago.

Over the past few years, this community has seen one of the largest investments in capital projects of any part of Houston.

Three of the largest employment centers in Houston, namely Downtown Houston, Texas Medical Center, and Houston Ship Channel, are all also within a few minutes away.

Labeled as the “Art and Soul of the City”, the neighborhood has easy access to major freeways and thoroughfares. The area will also soon be accessible through the MetroRail system with the addition of stations at the East End Corridor and Southeast Corridor.

To the far end of EaDo is the BBVA Compass Stadium. It was completed in 2012 and is now home to the the Houston Dynamo.

EaDo homes for sale have price ranges between $200,000 to over $500,000. Most of the current inventory is composed of single-family homes and townhomes. This is likely to increase though with the number of old warehouses and vacant lots that are being developed in the area.