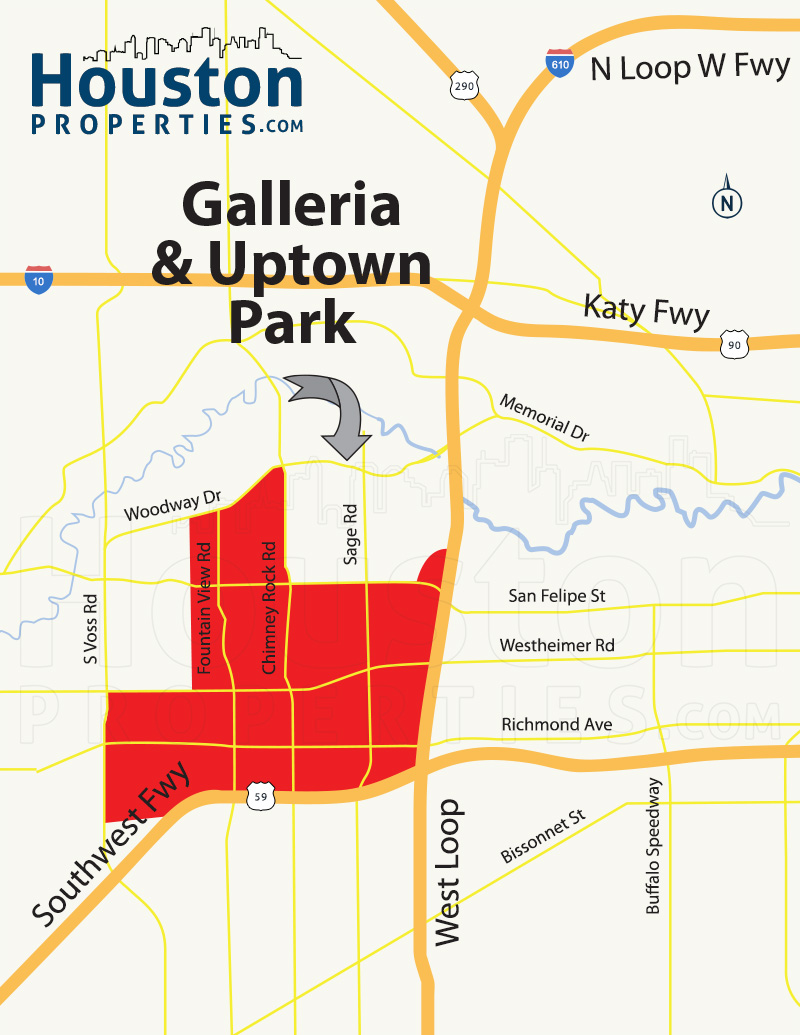 Nestled just outside the Inner Loop, the Galleria is one of Houston’s key destinations.

The district (also known as the Galleria/Uptown area) is the epicenter of Houston fashion and retail and one of the Bayou City’s central business districts.

Galleria homes for sale are in demand due to the district’s:

The Galleria’s central location, easy access to Inner Loop neighborhoods, and eclectic shopping and entertainment options make it a great choice for homebuyers. The best Houston realtor can provide updated information as well as recommendations in navigating this challenging market.

Contact Paige Martin, one of the best Houston realtors and head of the Houston Properties Team for questions and advice about Galleria homes for sale.

Don’t see what you like?Get a custom list of the best homes for sale in Galleria

Get help from Galleria’s #1 Rated Realtor

Located west of Loop 610 and north of the Southwest Freeway, the Galleria has Tanglewood, Briargrove, Afton Oaks, River Oaks, and city of Bellaire nearby. (Click here for an Interactive Map of Houston Neighborhoods.)

The district, more commonly known as the Galleria/Uptown area, is a bustling urban neighborhood known for its shopping centers, posh residential condos, and hotels. With more than 23 million square feet of office space, the Galleria is one of Houston’s central business districts.

Plans for the Galleria can be traced back to the 1940s, when oil tycoon Glenn H. McCarthy developed a concept for a retail and hotel complex in Houston. McCarthy eventually scrapped the project and real estate magnate Gerald D. Hines took over the massive development.

The area is known for its luxury highrises (see Galleria condos), though other housing options like townhomes and single-family homes are also available in the Galleria.

The Galleria Houston is within the 77056 zip code of Harris County. 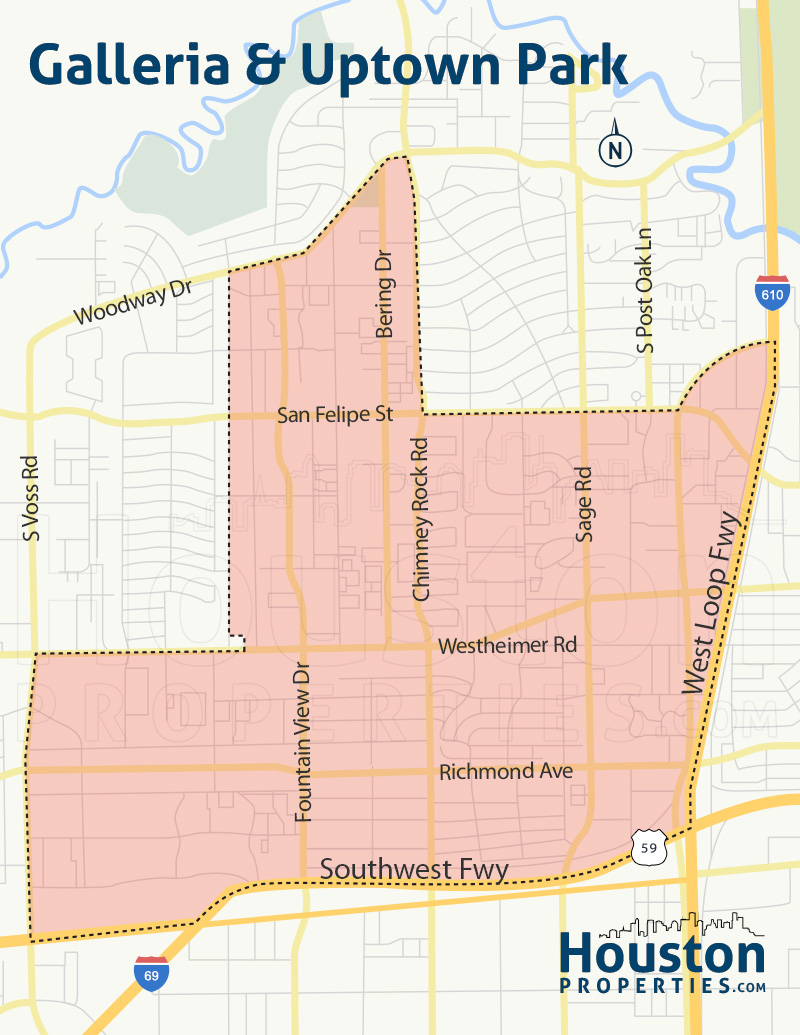 Fun Things To Do In And Around Galleria

As Houston’s main destination for retail, there is no shortage of fun things to do within the Galleria/Uptown area.

There’s the Galleria itself. It is the largest mall in Texas, with over 375 stores. With 2.4 million square feet of total retail area, its sheer size is rivaled only by 7 other retail centers in the United States. Its current anchor stores include Neiman Marcus, Saks Fifth Avenue, Macy’s, and Nordstrom.

The Galleria also features over 50 restaurants, a jogging track on the roof, a skating rink, and various other entertainment and dining options.

Should residents find those two retail centers lacking, there are plenty of other options within minutes of the Galleria, including Rice Village and Highland Village.

Here are some of Galleria Houston must-visit places:

Paige is ranked as one of the top realtors in Galleria Houston, and the state of Texas. Read more about the over 65 awards she’s won in the last few years.