Glen Cove is a neighborhood of nearly 180 homes found within Houston’s Inner Loop and next to Memorial Park.

The subdivision is right next to Crestwood neighborhood and about 4 miles from Downtown Houston. Glen Cove homes are also 5-10 minutes from Galleria, Museum District and Montrose. 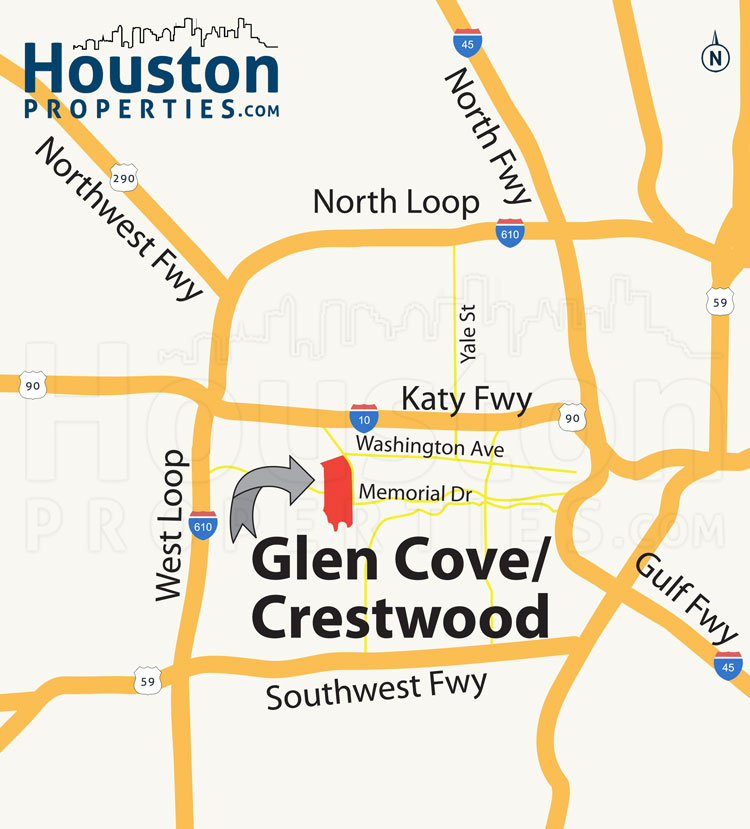 The properties in Glen Cove are among the most desirable real estate in Houston. The neighborhood is heavily deed-restricted, paving the way for expansive single-family homes and mega-mansion type of houses.

Its proximity to major Houston hubs also attract popular upscale developers. Most of the homes built in the 1940s are now replaced with modern houses. Current median sales price of Glen Cove homes for sale is at $940,638, making these properties some of the most expensive in Houston. 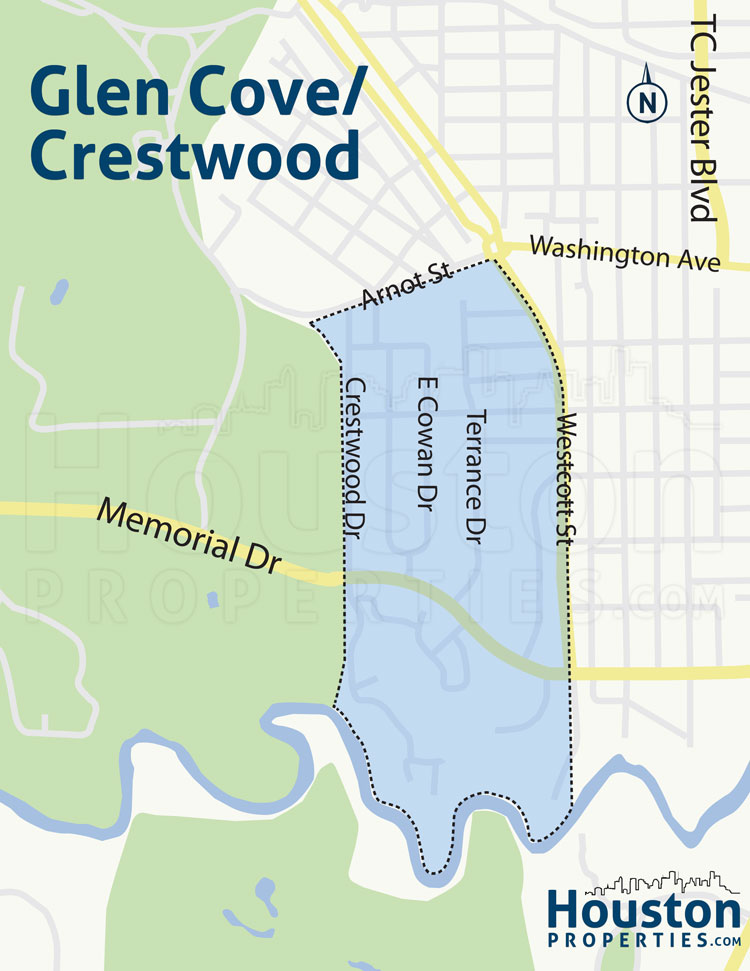