One of Houston’s Best Gated Communities, Hudson Forest is nestled within a lush wooded neighborhood with scenic views of the Buffalo Bayou.

Hudson Forest is a gated community within Memorial, one of Houston’s Best Neighborhoods in Real Estate Appreciation.

The neighborhood features updated vintage homes from the 1970s to the 1980s. Homes in the area are sprawled along lush tree-lined streets with the Buffalo Bayou running south of the community. 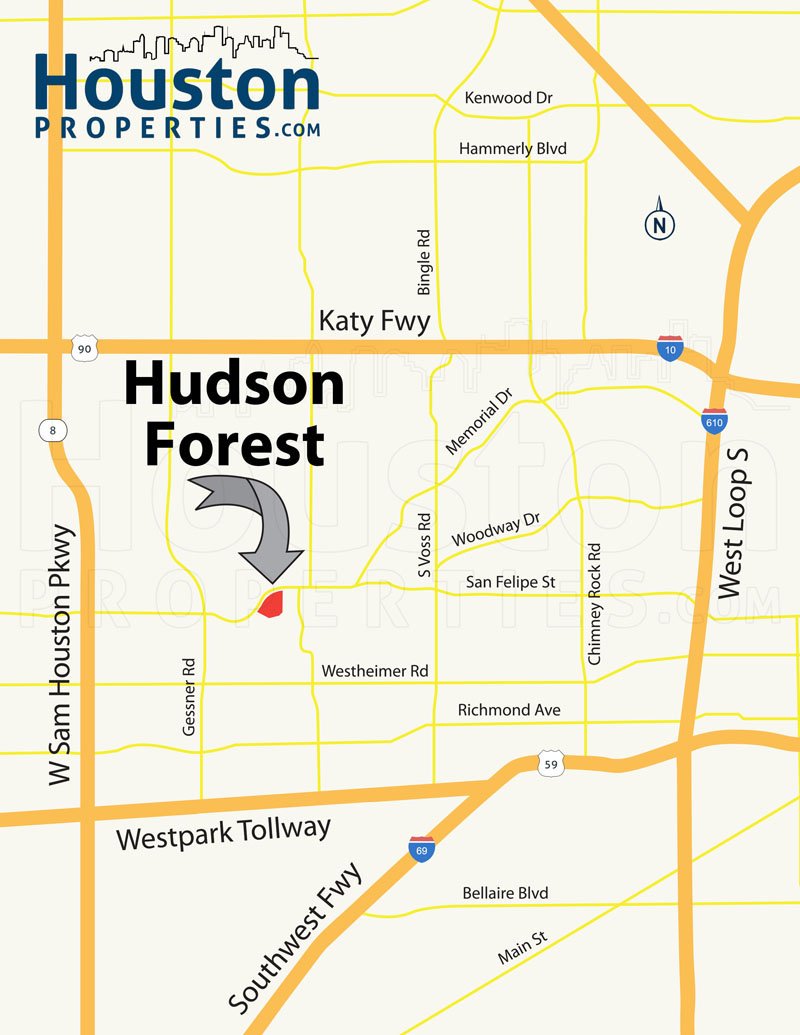 One of the several gated neighborhoods within the Memorial area, Hudson Forest can be challenging to navigate due to low inventories. The community is also deed restricted, which can be tricky depending on your long term goals.

For recommendations and information about specific properties within Hudson Forest, contact Paige Martin, one of Houston’s Best Realtors and one of Memorial’s most active real estate agents. 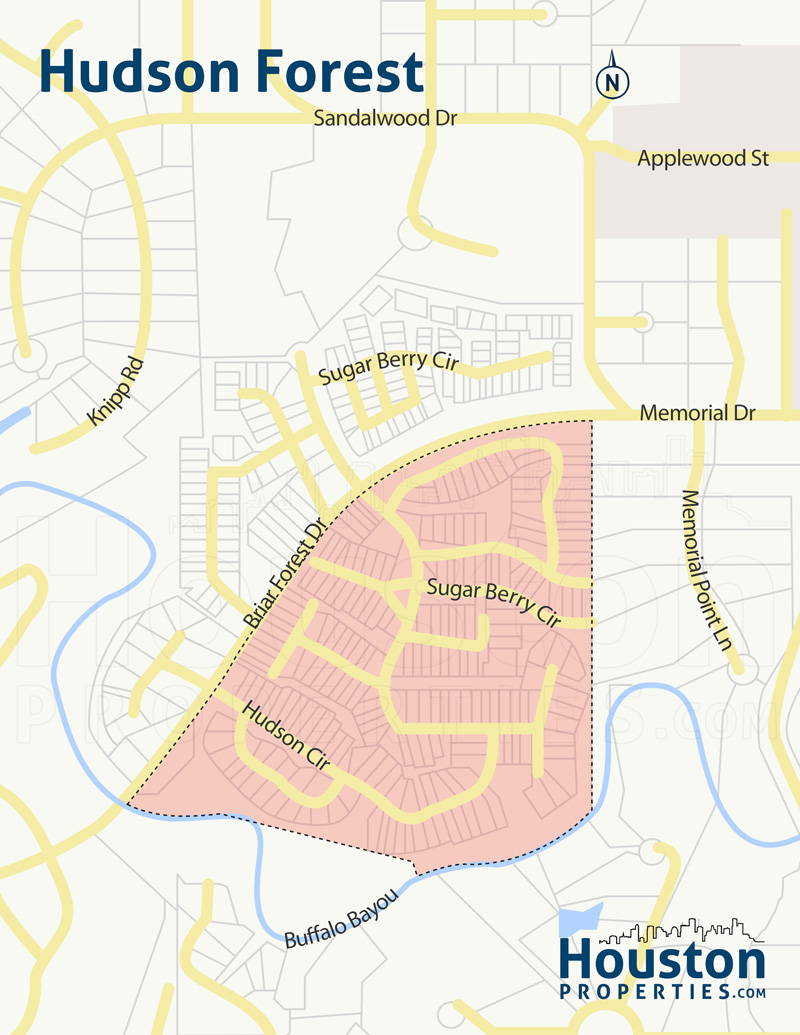 Don’t see what you like?Get a custom list of the best homes for sale in Hudson Forest

Formerly the site of a Scouts camp ground, Hudson Forest is a gated community within Houston’s Memorial area.

Covering a 50 acre area north of the Buffalo Bayou and south of Briar Forest Drive, Hudson Forest is an upscale gated community in the Memorial area.

Made up of a mix of patio homes and townhomes, Hudson Forest features a 24-hour manned security gate along Briar Forest Drive. The community’s mail box room (which used to be the sales office) is located near the entrance.

Hudson Forest sits just outside the borders of the Memorial Villages, Bunker Hill and Piney Point.

The community is highly accessible, thanks to its location along Briar Forest Drive. Memorial Drive, Piney Point Road, Gessner Road, Westheimer Road, Interstate 10 (Katy Freeway), and Beltway 8 (Sam Houston Parkway) are minutes away from the community.

Several key employment and retail districts are nearby as well, including the Galleria (5 miles), Memorial City (5 miles), and Westchase (4 miles). The Energy Corridor, one of Houston’s major employment centers, is less than 10 miles away from the community.

The following are some of the more notable private schools near Hudson Forest.

To find an updated listing of all Hudson Forest real estate zoned to any specific public school, please send an email to Paige Martin at [email protected] with the property preference and budget that you’re working with.

The Memorial area is home to some of the most expensive homes in the Bayou City. The median sales price of Hudson Forest real estate is at around $560,000.

The gated community’s strong property values have shown over the past decade, posting a 31% positive increase.

Hudson Forest is made up of a mix of attached townhomes and single-family dwellings (patio homes).

Most Hudson Forest homes feature 3- to 4-bedroom 2-story floor plans, spread across 2,300 to more than 4,000 square feet of living space.

Lot sizes are smaller compared to those in neighboring Bunker Hill and Piney Point Villages, and range from 3,000 to around 5,000 square feet.

Architectural styles in the gated community range from Contemporary and modern designs to traditional aesthetics. Exteriors are mostly made of brick and wood.

There are no mid- or high-rise condo buildings within Hudson Forest Houston, but there are some within the Memorial area. Here are a few of them:

Hudson Forest was once the site of Camp Hudson, a Boy Scout camp property.

In 1925, E. A. Hudson, a local business owner and Boy Scout Council President, donated the 125-acre wooded property skirting the banks of the Buffalo Bayou. By the 1960s, the camp played host to several Boy Scout events, including district training, weekend camping, day camps, and picnics.

The property ultimately went to the Christiana Company, helmed by California developer Martin Fenton. Fenton’s plan ensured that mature trees around the property are preserved, plotting the community’s roads to follow the roaming trails in the area.

Christiana Company decided to sell some of the acreage to Levering & Reed (developed their parcel into Woods at Hudson), opting to keep around 50 acres.

Hudson Forest was developed in phases, starting with six model homes with open floor plans and a certain California flavor.

In 1978, Christiana Company sold another portion of the property to Frank Liu, who developed the parcel into Hudson Circle.

Today, Hudson Forest is one of Houston’s best gated communities, prized for its lush environment, great homes, and excellent location.

Fun Things To Do Near Hudson Forest Houston

Hudson Forest residents can enjoy the community’s active lifestyle amenities, which include a swimming pool, a tennis court, a dog park, and a basketball half-court.

Hudson Forest’s amenities are located in the area south of the community, nestled just north of the Buffalo Bayou. The community swimming area features a shallow pool (3- to 5-feet), a sunbathing area, changing rooms, and showers.

Thanks to the gated community’s location in the Memorial area, residents have a good number of retail, entertainment, and dining options available within a few minutes of their homes.

The Galleria, one of Houston’s most popular retail districts, is about 5 miles from the community. Home to more than 5,000,000 square feet of leasable space, the Galleria area features several retail centers, including the Galleria and Uptown Park.

Here are some must-visit places in Hudson Forest Houston:

Golf and Other Entertainment