One of Forbes’ “Top Places to Live Well”, Bunker Hill Village features some of the most expensive single-family homes a few miles west of Downtown Houston.

Compared to the other Memorial Villages, Bunker Hill real estate have marked a conservative increase over the past decade. This, however, shouldn’t be taken purely at face value, considering that Bunker Hill homes had a median sales price of $1,175,000 in 2005. By 2014, the median has increased by half to $1,815,000.

With prices on the rise, Bunker Hill homes for sale are still in high demand due to their access to excellent schools, shopping and entertainment options, and proximity to key Houston hubs including Downtown. The neighborhood’s scenic and tranquil atmosphere is a major plus, as well as its air of opulence and luxury. 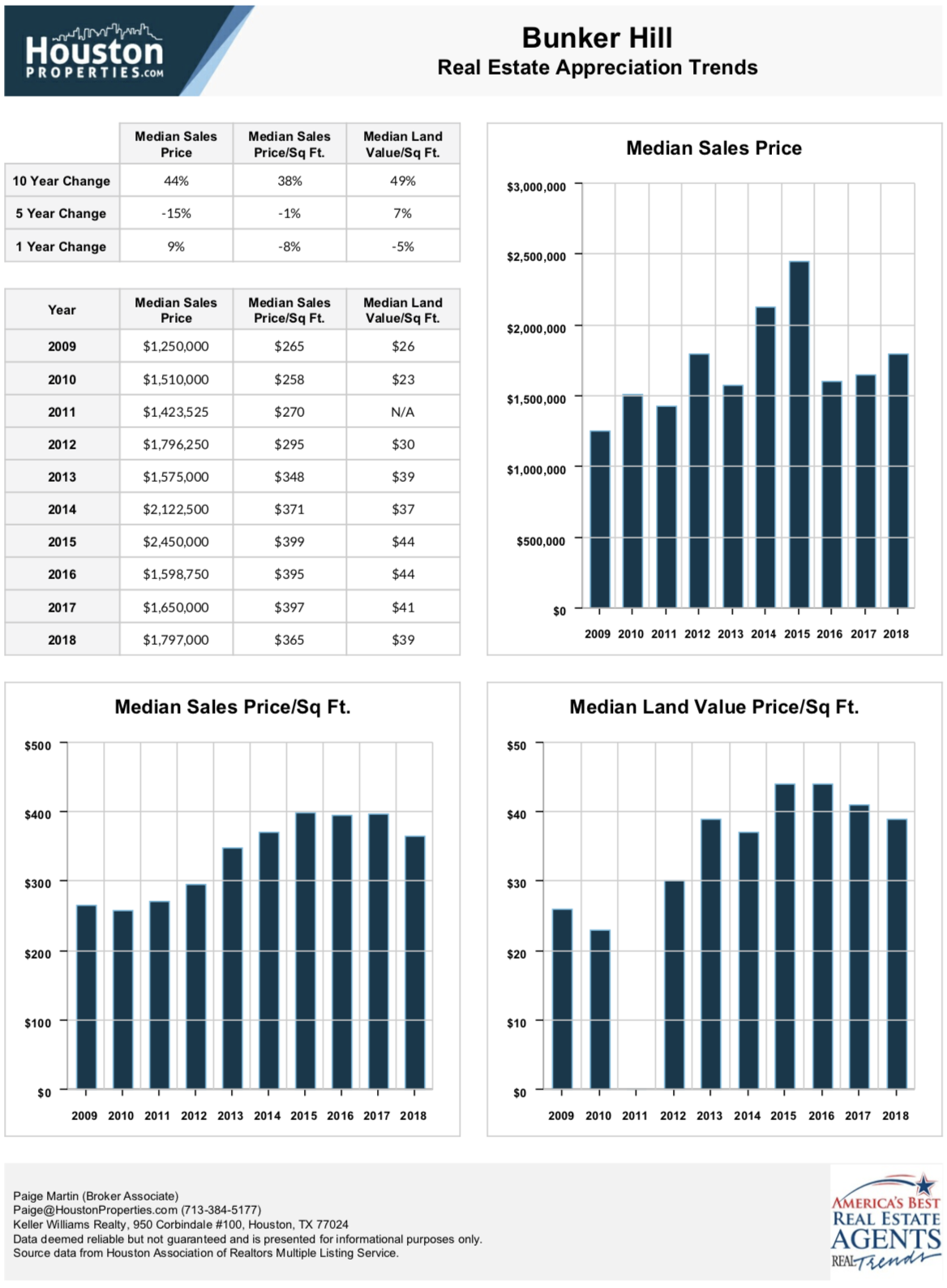 1. Bunker Hill homes marked a 54% appreciation in the last decade

Compared to the other Villages, Bunker Hill’s appreciation may seem slow. However, it’s important to note that the median sales price was at $1,815,000 in 2014, from $1,175,000 in 2005, so though the change may seem incremental, it still translates to a notable jump in prices.

2. Average price per square foot and land prices have also increased by half.

3. The most impressive changes happened over the last 5 years.

Bunker Hill real estate prices fluctuated over this period, though recent teardown and renovation projects in the area may have contributed to those price changes. Some older homes are sold as is and are cheaper than new construction custom-built homes.

Paige is ranked as one of the top realtors in Bunker Hill Village, Houston, and the state of Texas. Read more about the over 65 awards she’s won in the last few years.

Paige works with a tremendous number of buyers and sellers in Bunker Hill.