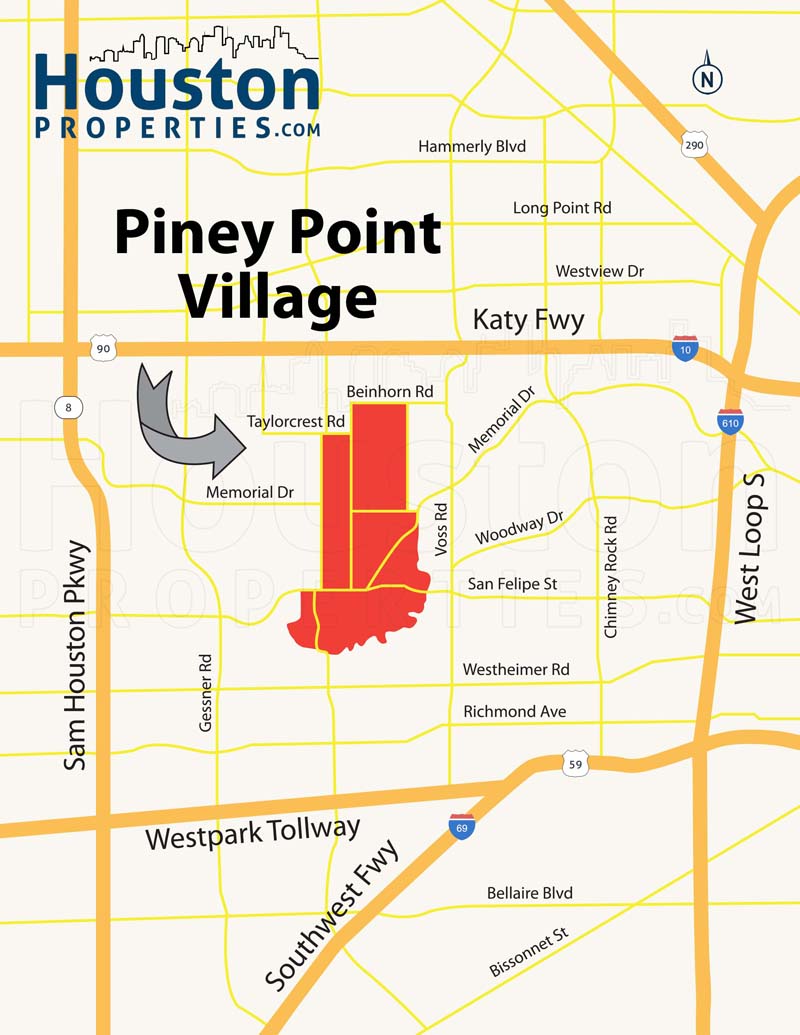 About 10 miles east of Downtown Houston, Piney Point Village is the wealthiest place in Texas by average annual income. It is a statistic that shows in the city’s elegant homes and stately manors.

Piney Point luxury real estate feature glamour and affluence, with scenic grounds, long tree-lined driveways, and picturesque homes. The city’s homes are among the most expensive in the state and are highly prized due to the following:

Piney Point Village provides a great combination of an idyllic country-living vibe and the comforts of living next to the city.

The Piney Point real estate market can be challenging to navigate, especially with its low inventory. Homebuyers will need the help of a great Houston realtor for updated listings, information, and recommendations.

Nestled within the south-central portion of the Memorial Villages, Piney Point Village is a 2.1-square mile independent city.

Piney Point has Bunker Hill to the west, Hedwig to the north, Hunters Creek to the east, and Houston to the south. Its borders follow the contours of the Buffalo Bayou, and though most of the city sits north of the Bayou, a small portion is south of it.

The city’s name derives from its early history. In 1824, Stephen F. Austin granted John D. Taylor a league of land – more than 4,600 acres. This league was centered on an area called “pine point,” located at the southernmost turn of the Buffalo Bayou. Taylor’s house came to be known as Piney Point.

A few decades later, in 1885, Piney Point was a station on the Texas Western Railroad. Like most of the Memorial Villages and areas surrounding Houston, Piney Point was populated with farms and sawmills during these early periods.

By the 1950s and 60s, Houston’s suburban boom pushed development in nearby neighborhoods – Piney Point included. Upper-middle-class subdivisions took root along the Buffalo Bayou. In the midst of these developments, Houston was extending its borders outside the confines of Loop 610.

To preserve its residential zoning, Piney Point filed for a petition of incorporation, along with 5 other villages: Hilshire, Hunters Creek, Bunker Hill, Hedwig, and Spring Valley. By 1955, Piney Point Village was a city with an alderman type of government.

In addition to becoming part of the collective known as the Memorial Villages, Piney Point elects its own mayor and city council.

The city jointly operates the Memorial Police Department alongside Bunker Hill and Hunters Creek. The Village Fire Department serves all six villages. All six are also under the Memorial Villages Water Authority.

Still a largely residential community, Piney Point Village has deed restrictions that ban any form of business inside the city. This, and building ordinances, have helped keep the tranquil ambience around Piney Point. A village arborist assists homeowners in keeping their verdant grounds healthy and thriving.

Piney Point Village is the wealthiest area in Texas by per capita income and its homes reinforce this title. 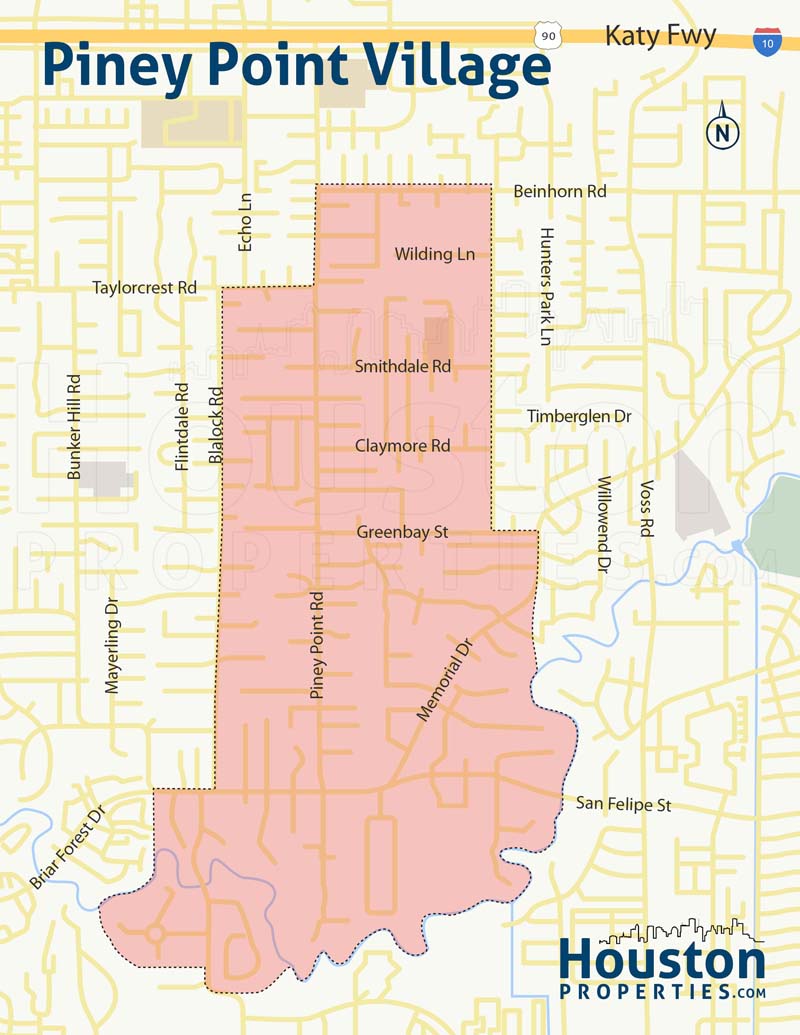 Fun Things To Do Near Piney Point

The Memorial City Mall is mere minutes away. A large shopping mall located along the I-10, Memorial City Mall has been serving Piney Point and surrounding neighborhood since it opened its door in 1962. Anchor stores in this mall include Macy’s, JCPenney, Sears, Target, and Dillard’s.

Another retail hotspot, the CityCentre is a short drive from Piney Point. Located in the corner where the I-10 and Beltway 8 meet, it is a pedestrian-friendly mall that features a number of restaurants.

The Houston Racquet Club is located in neighboring Hunters Creek Village. Along with tennis facilities, the club also has the Courtside Cafe and The Grill which cater to its members. The club also fosters a relationship with the Westwood Golf Club, which has an 18-hole course with several practice facilities.

A public 18-hole golf course, the Memorial Park Golf Course, is easily accessible from the neighborhood via the I-10. It has a course rating of 73 and a slope rating of 122.

Houston’s cultural, entertainment, and retail hotspots – the Museum District, Downtown Houston, and The Galleria – are also within reach.

Here are some of the must-visit places around Piney Point Village:

Paige is ranked as one of the top realtors in Piney Point Houston, and the state of Texas. Read more about the over 65 awards she’s won in the last few years.

Paige works with a tremendous number of buyers and sellers within Memorial Villages, earning praises like “Paige Martin is the best Piney Point realtor I know”.