Midtown homes for sale have consistently increased in value year-over-year over the past decade, marking a 49% growth from 2005 to 2014.

Like EaDo, Midtown is undergoing redevelopment. The trendy, 617-acre mixed-use district is centrally located, southwest of Downtown Houston and northeast of the Museum District.

The district is highly accessible with Southwest, South, and Gulf freeways bordering Midtown to the south, east, and north, respectively.

Thanks to an influx of funds from the Midtown TIRZ, Midtown is a hotspot for new development. New construction is common in the area, with a number of townhomes, mid-rise condos, and apartment complexes soon to rise in the once-barren district.

Recent Midtown real estate market trends have pushed townhomes as the main housing attraction, though condos and single-family homes are also available in the district. 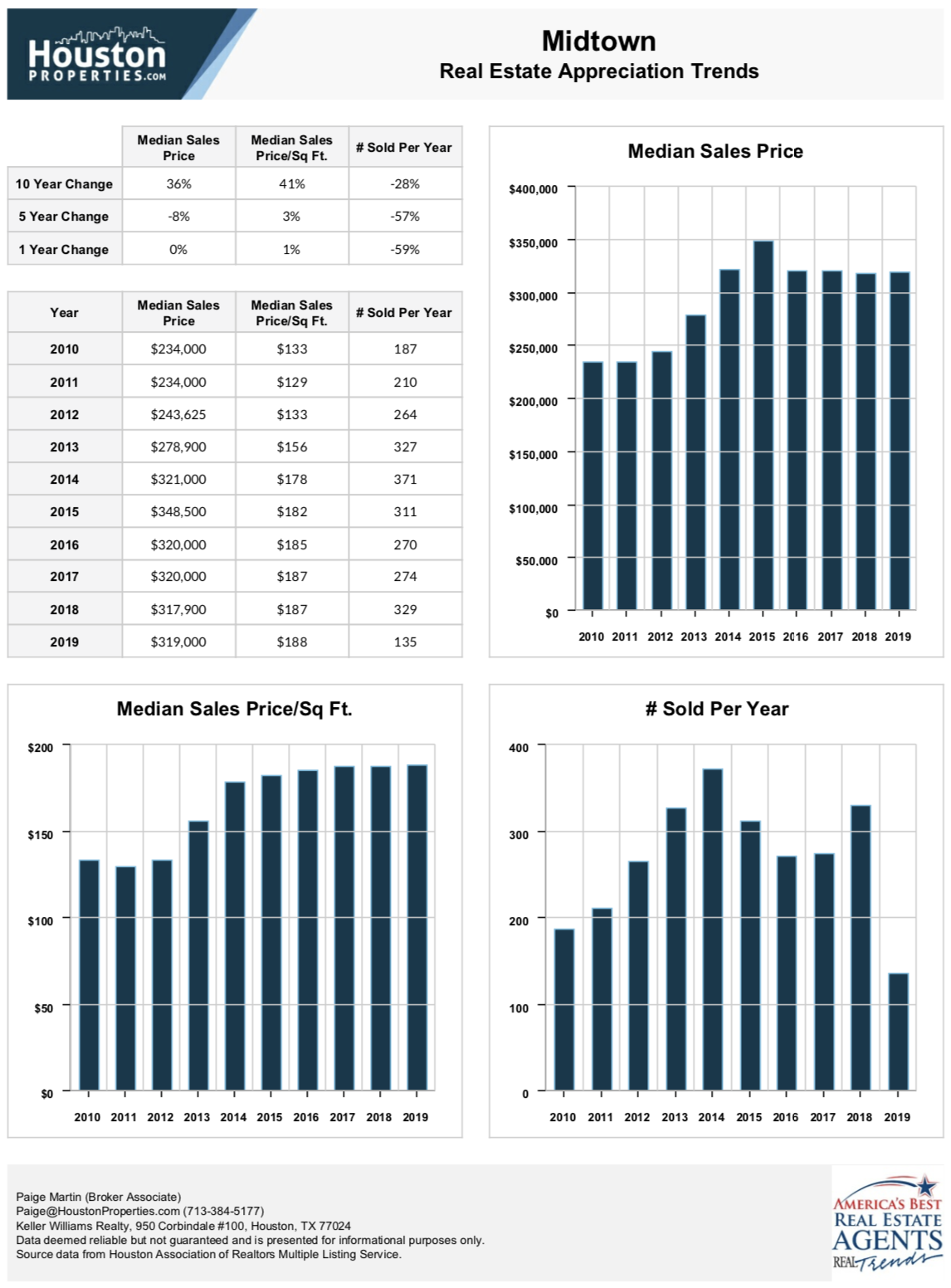 2. The increase may continue in the years to come.

With further development underway, more residential projects are expected to come to Midtown. The new construction trend has pushed the median sales price in the district by 13% from 2013 to 2014.

3. The number of homes sold in Midtown are at an all time high.

With new construction townhomes and condos being listed and sold even before they are completed, the number of homes sold in Midtown has increased from a total of 202 homes in 2010 to 368 homes sold in 2014.

From $119 in 2005, average price per square foot in Midtown has risen to $167 in 2014. This 40% positive increase can indicate several things, including an increased demand for Midtown homes.

Paige is ranked as one of the top realtors in Midtown Houston, and the state of Texas. Read more about the over 65 awards she’s won in the last few years.

Paige works with a tremendous number of buyers and sellers in Midtown.