Midtown is a trendy mixed-use neighborhood located just southwest of Downtown Houston. Midtown townhomes for sale have comfortable access to both work and entertainment centers.

Bordered by major freeways, the neighborhood is highly accessible.

The district enjoys a central location and offers easy access to EaDo, Montrose, Museum District, Medical Center, and Downtown. Midtown is one of the 10 most accessible neighborhoods in Houston.

Midtown also has a very active street scene, boasting of over 180 restaurants, bars, and coffee shops. The district offers a lively nightlife with several dive bars and lounges located in the area.

For a neighborhood just across the freeway from Houston’s Central Business District, Midtown homes for sale are more affordable than comparable properties in the area. Median sales price increased by 49% in the past decade.

Contact Paige Martin, a top-ranked Houston realtor and head of the Houston Properties Team, for questions and advice about Midtown townhomes.

Its central location within the Inner Loop and its great entertainment and retail options are two of Midtown’s best strengths.

With the Southwest and Gulf freeways and access to three stops of the MetroRAIL Red Line, Midtown provides a fairly easy commute. Montrose, Downtown, the Museum District, and the Medical Center are within minutes of the neighborhood.

Midtown wasn’t always the vibrant community it is today.

In the 1980s, the oil glut caused a decline in Houston neighborhoods, and Midtown was one of the districts hardest hit. The decline stretched into the 90s, up until the city of Houston formed the Midtown TIRZ (Tax Increment Reinvestment Zone) in 1995. Some years later, the Midtown Management District was also established.

In those early days, property developers were reluctant to come to Midtown due to its poor reputation. Redevelopment efforts, however, started to bring in more commercial establishments to the district, leading to residential projects soon thereafter.

Midtown is now considered a trendy and lively neighborhood, though some parts are still under development. There is still work to be done, but Midtown is on its way back to becoming one of Houston’s best neighborhoods. 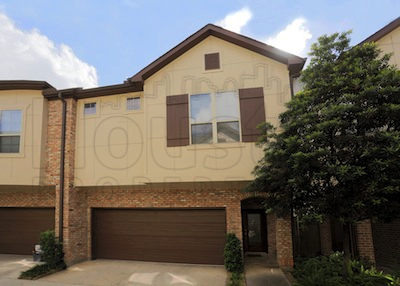 Spurred by Midtown’s redevelopment, new construction townhomes are the most common housing option in district.

Luxury townhomes in the district feature four story construction with 3 bedrooms and 3 and a half baths. Some even feature 2-car garages, roof decks, terraces, game rooms, front- and/or backyards, high ceilings, and gated entry.

Property values in Midtown have steadily increased over the past decade, marking a 40% jump in average price per square foot. Prices, however, vary depending on factors like year built, square footage, and location.

Fun Things To Do In and Around Midtown

The neighborhood’s mixed-use urban planning provides its residents with great options right by their doorsteps. It has a lively street scene with a variety of dining, shopping, and nightlife options.

True to its new “trendy” reputation, Midtown houses a number of bars and lounges, including a dog-friendly bar called Saint Dane’s Bar and Grille. Double Cross Lounge is quite popular for serving craft beers and cocktails. The Nouveau Antique Art Bar, on the other hand, serves cocktails alongside eclectic art choices.

Owing to its history as Little Saigon, Midtown is also home to several banh mi and pho restaurants like Kim Tai and Thien An Sandwiches.

Retail options are equally eclectic. Though there is a curious lack of big box retail stores in Midtown, the district does offer a large variety of smaller stores.

Here are just some of the must-visit places in and around Midtown: