Located within Houston’s Inner Loop (just west of Downtown), Rice Military is an exciting neighborhood of over 2,000 homes.

Rice Military is flanked by Westcott on the west, Shepherd/Durham on the east, Washington on the north, and Buffalo Bayou on the south. 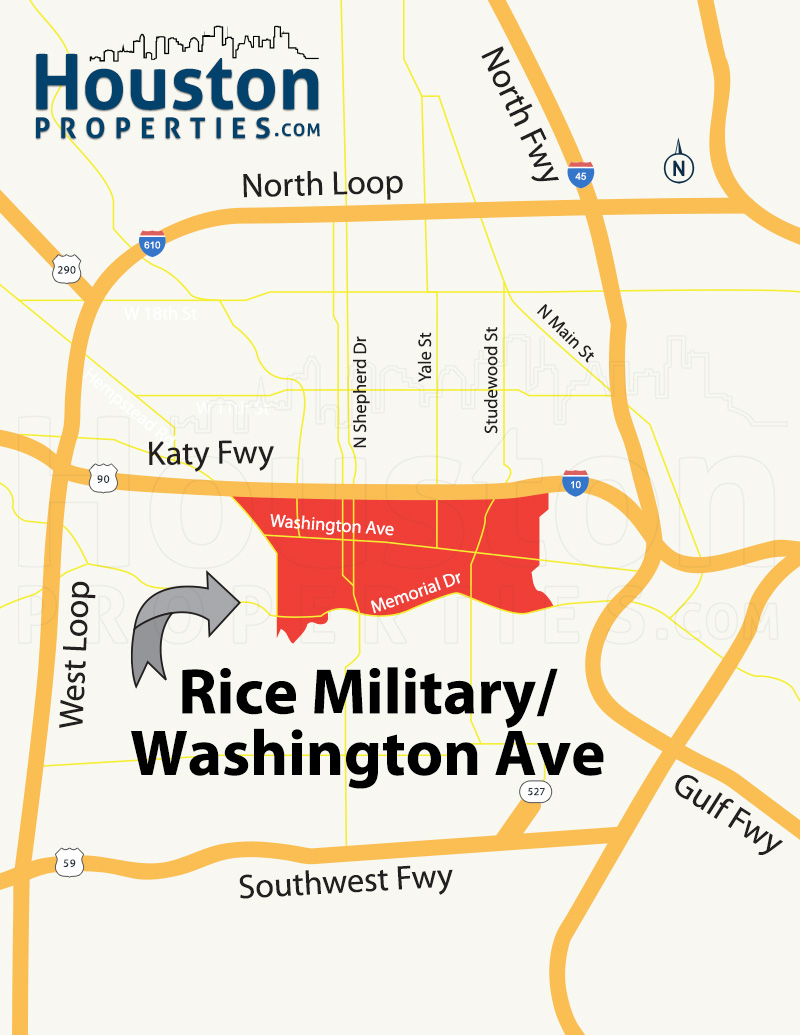 Rice Military is right at the center of Houston’s Inner Loop. Rice Military residents have easy access to the most exciting districts in Houston. Downtown Houston, Memorial Park, Montrose, Galleria and Museum District are all between 10-15 minutes away from Rice Military homes.

One of the few Inner Loop neighborhoods with homes in the $300,000 to $500,000 range, the Rice Military neighborhood is also “an area of transition”. Rice Military homes are still affordable but have appreciated well because of its “central location.”

About 5-10 minutes away from Houston hubs Downtown Houston, Galleria and Museum District. Rice Military is also known for its lush foliage and numerous hiking and biking trails that make incredible use of nearby Buffalo Bayou. 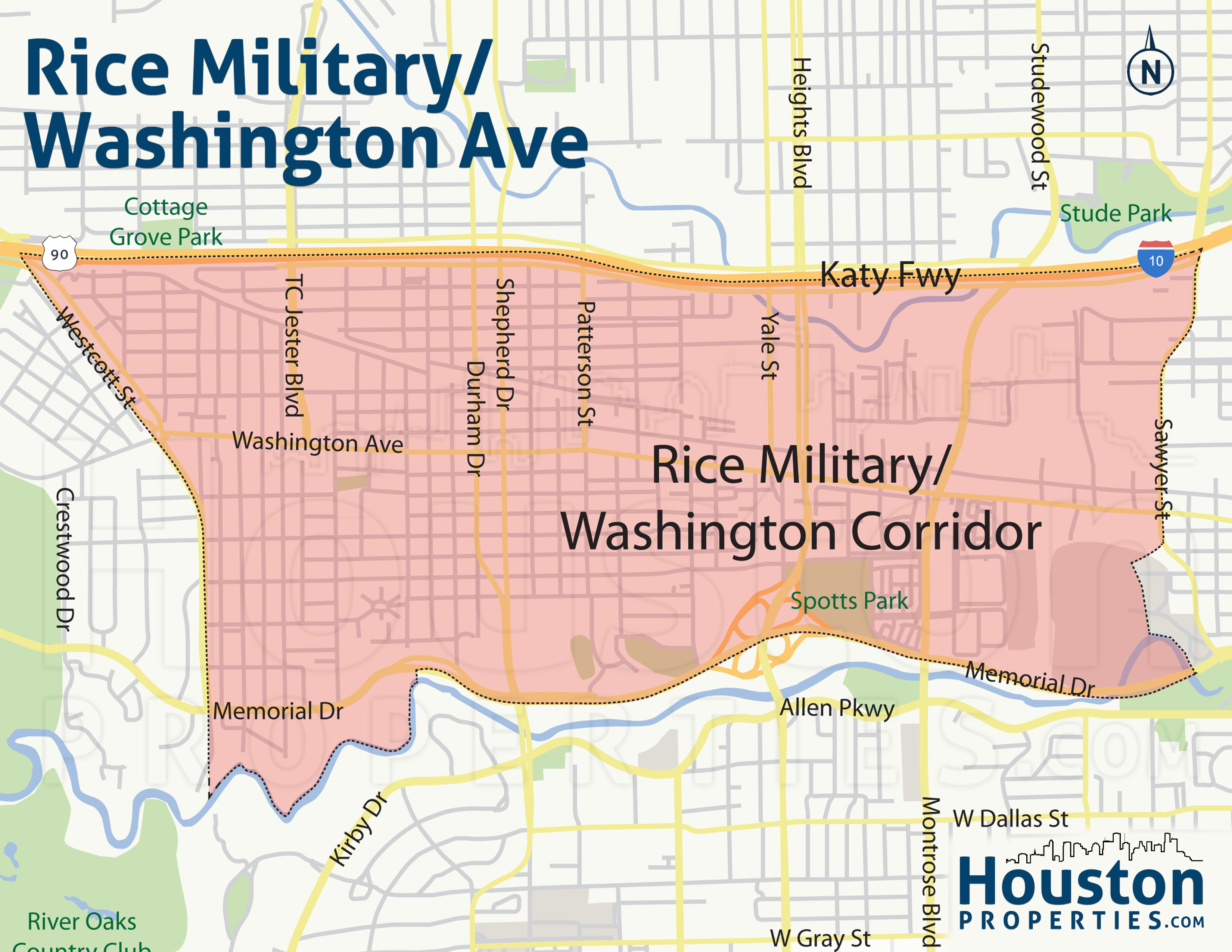 Rice Military’s central location makes it one of Houston’s best neighborhoods. Commercial hubs Downtown Houston and Galleria are both a few minutes away.

One of the country’s biggest and “greenest” parks, Memorial Park, is also roughly 5 minutes away from all Rice Military homes.

The Rice Military neighborhood itself also has one of the highest “Walkable” ratings in Houston. With a score of 75 over 100, WalkScore.com rates Rice Military as “Very Walkable”.

With restaurants, bars, cafes, and retail stores close to most Rice Military homes, Walkscore.com notes that “most errands can be accomplished by foot”. Yelp has over 500 rated establishments in the area. Some of our favorites include: