It is located west of Downtown Houston and east of the Energy corridor. This strategic location makes it popular for people who wish to be near work yet still enjoy a great quality of life.

Spring Branch is very similar to Memorial Houston which is just to the south of the neighborhood. It is bordered by the 610 Loop to the east, Interstate 10 to the south, Beltway 8 to the west, and Hempstead Road to the north. 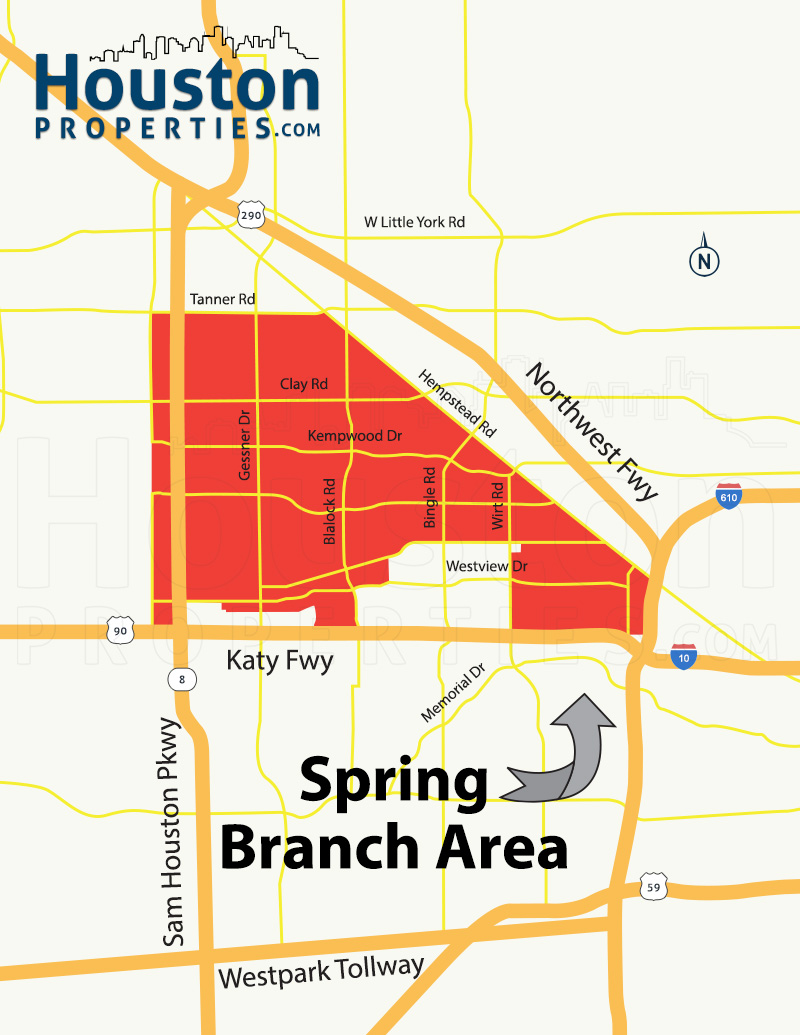 Spring Branch has a history older than Houston. In 1830, a German immigrant named Karl Kolbe built a log cabin along a small stream flowing to Buffalo Bayou. Its name was derived from the natural spring-fed stream in the heart of the area.

The heavily wooded area had an abundance of lumber early developers used to build local churches and shops. As the area moved towards industrialization, the farmlands were sold and developed into subdivisions, schools, and shopping centers.

Many of the street names were named after the early settlers. Minor bayous such as the Brickhouse Gully and Briar Branch runs through the community and empty themselves into the Buffalo Bayou. Spring Lake, a small pond, lies in the northwestern part of the neighborhood. Long Point Road, one of the oldest roads in Houston, runs from east to west of the neighborhood.

Spring Branch is a district within Harris County. It offers easy access to Interstate 10, I-610, Sam Houston Parkway, and the Hempstead Highway. The quick commute to Energy Corridor and Downtown Houston, two major job centers in Houston, is one of the many reasons many choose to relocate to Spring Branch Houston. 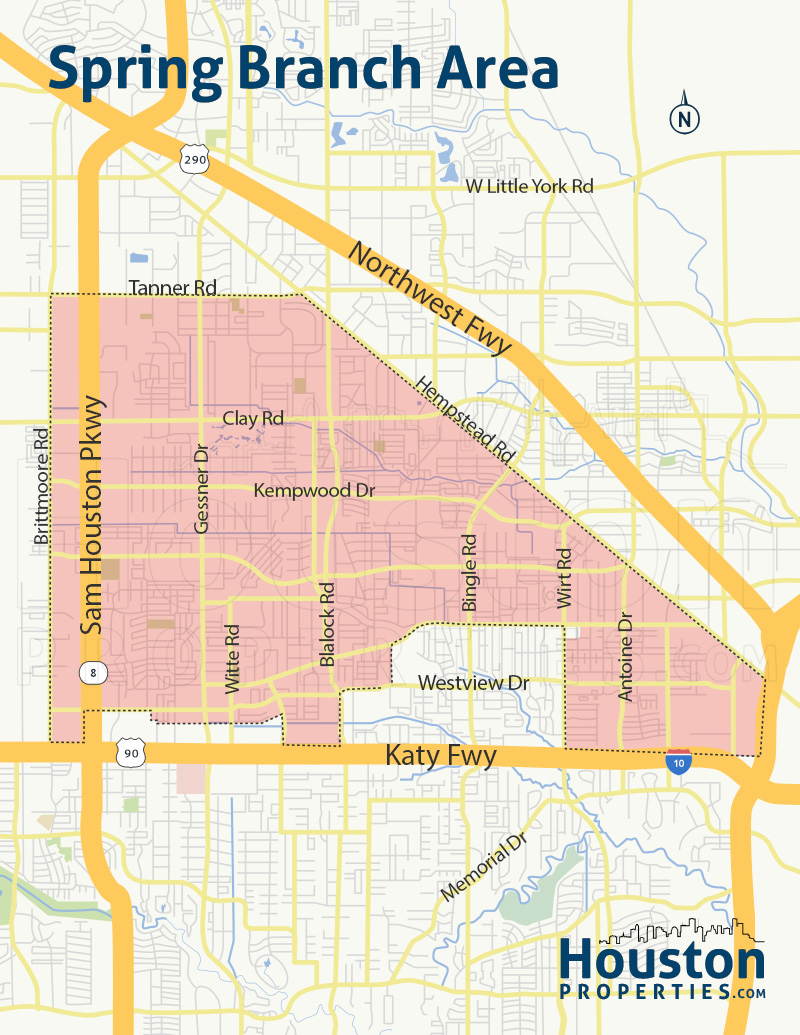 Spring Branch Houston is divided into four neighborhoods, each with their own neighborhood association.

Spring Branch West is bordered by Interstate 610 to the south; Blalock Road to the east; Neuns, Hammerly, and Clay Roads to the north; and Addicks Reservoir to the west.

This super neighborhood north of I-10 is bordered by Clay Road to the north, Campbell Road to the east, Neuens Road and Hammerly to the south and the Sam Houston Parkway on the west.