With over 61 neighborhoods sprawled on 9,700 acres of land, First Colony is a mixed-use master planned community within Sugar Land, one of Houston’s Best Suburbs.

First Colony is a master-planned community within the southern portion of Sugar Land and overlapping Missouri City.

Home to over 61 subdivisions, First Colony features some of the best suburban homes thanks to its: 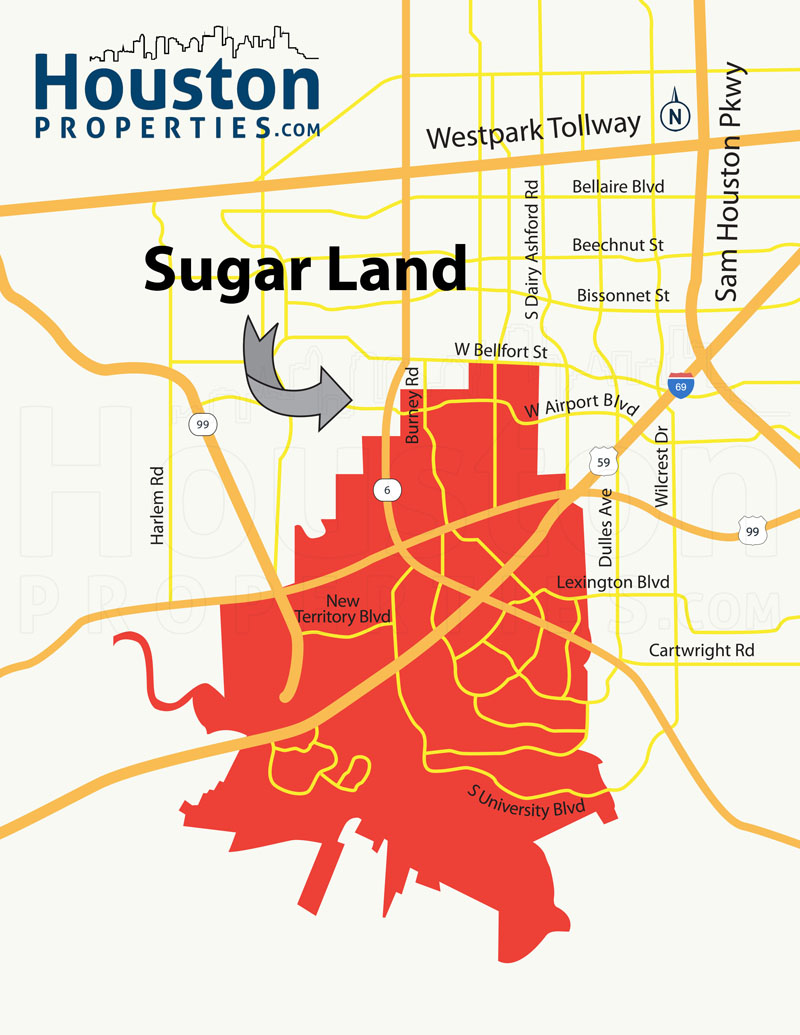 First Colony real estate can be challenging to navigate given the area’s number of subdivisions (amenities may be different), diversity of builders (some more superior than others), and flood-prone streets (certain areas are more prone to flooding).

Contact Paige Martin, one of Houston’s Best Realtors and one of First Colony’s most active real estate agents, if you’re looking to buy a home in First Colony.

Don’t see what you like?Get a custom list of the best homes for sale in First Colony

First Colony is a mixed-use master-planned community sprawled on 9,700 acres of land spanning the southern portion of Sugar Land and overlapping Missouri City.

First Colony is located in one of the Top Suburbs to Live Well in the Houston area based upon accessibility, amenities, schools, and overall livability. CNN/Money and Money Magazine also list the master-planned community’s location as one of the “Best Cities to Live in the United States”.

First Colony is known for its strict zoning, deed restrictions, and architectural controls for residential and commercial areas. Businesses must comply with requirements such as brick-covered exteriors, approved signages (no neon or LED signs), and maintenance of cleanliness and landscaping.

Several highly rated Yelp restaurants and shops are located in and around First Colony. The master-planned community also features the First Colony Mall, 11 clubhouses with swimming pools, playgrounds, and sports facilities, and the Oyster Creek Boathouse. There are also miles of hike-and-bike trails within the communities.

There are several homeowners associations within First Colony, the largest being the First Colony Community Association. They help enforce deed restrictions to maintain the look and feel of the tree-lined residential communities.

First Colony features custom estates, luxury homes, as well as a few townhome communities and apartment complexes. Homes in the area are available in several distinctly unique floor plans with up to 6 bedrooms. Lot sizes range from 4,000 up to more than 15,000 square feet.

First Colony homes are mostly done in traditional architectural styles though there are a number of contemporary and modern homes in the area.

Prices for First Colony homes for sale can start at around $210,000 up to more than $6 million.

Fort Bend ISD was named a National School District of Character and is home to several National Blue Ribbon Schools.

Notable private schools in the area include The Walden School, Faith Lutheran School, and Riverbend Montessori.

*Note: For a more detailed guide to schools zoned to First Colony homes, check our Houston’s Best Schools OR email me at [email protected].