Located right outside Inner Loop, Tanglewood Houston is an upscale neighborhood of over 1,200 homes. Tanglewood is bordered by the Woodway Drive to the north, San Felipe Street to the south, Chimney Rock Road to the east, and Sage Road to the west.

Tanglewood homes for sale are mostly single family homes, many of which are new constructions developers built in place of old ranch-style homes.

The Galleria and Downtown Houston are both 10-15 minutes away from Tanglewood. The neighborhood is near enough the business districts yet withdrawn from the commotion of the city.

The Tanglewood Houston Zip code is 77056. The world-famous Galleria Mall is just an 8-minute drive from the neighborhood. The Houston Country Club is also just 14 minutes away. Downtown Houston, Uptown, Greenway Plaza and Energy Corridor are the nearest business districts to Tanglewood, all less than a 15-minute drive. 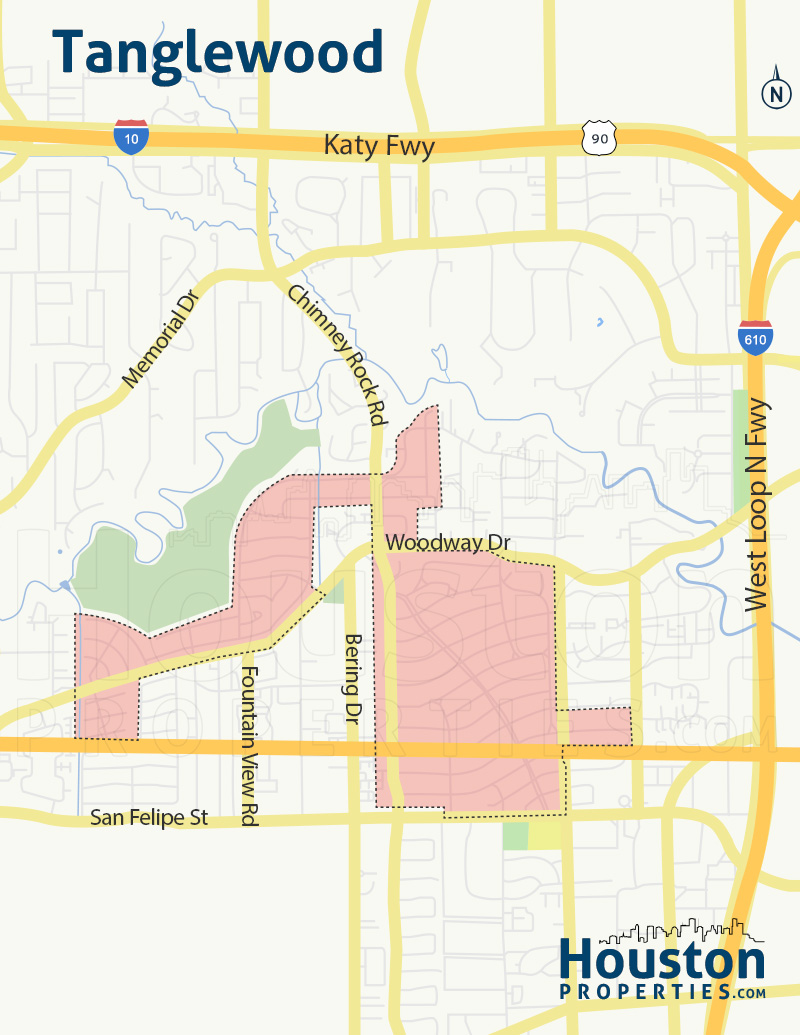