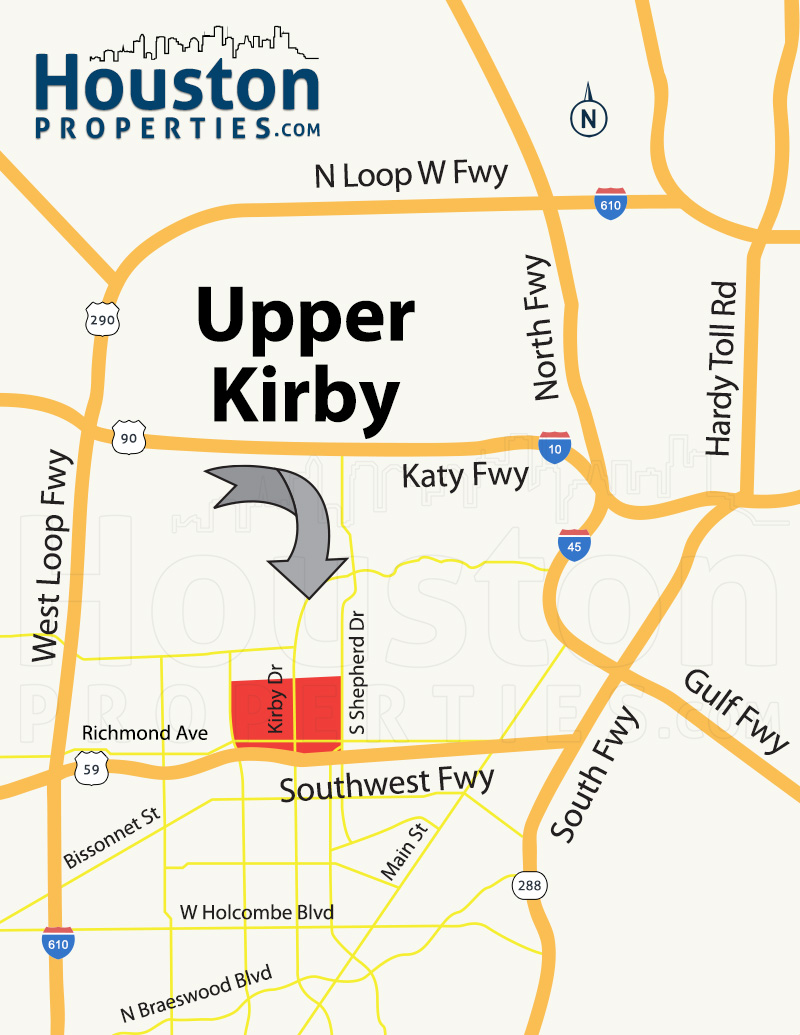 The vibrant and hip neighborhood of Upper Kirby straddles the Southwest Freeway and is surrounded by older, more established Inner Loop neighborhoods.

Despite being a relatively young community, Upper Kirby has grown to become one of the hottest neighborhoods in the area.

Upper Kirby homes are highly desirable due to the neighborhood’s:

Contact Paige Martin, a top-ranked Houston realtor and head of the Houston Properties Team for questions and advice about Upper Kirby homes for sale.

Don’t see what you like?Get a custom list of the best homes for sale in Upper Kirby

Compared to its neighbors, the Upper Kirby District is fairly new. Its rise from a neglected neighborhood to one of Houston’s premiere districts was mainly a community effort, sparking redevelopment and growth in the area.

During the late 80s, the area now known as Upper Kirby used to be a nameless community of aging commercial properties and infrastructure. Concerned about the community, residents and business owners reached a consensus to work together to redevelop and improve the ailing neighborhood.

With River Oaks to the north, Greenway Plaza to the west, and Montrose to the east, Upper Kirby’s location within the Inner Loop also had a hand in the district’s redevelopment.

Today, Upper Kirby boasts of being one of the most sought after, fastest growing, and most accessible neighborhoods in the Inner Loop.

Demand for Upper Kirby homes for sale has spurred new development, as well as driven up property values.

The neighborhood features a wide variety of options, including old patio homes, townhomes within gated communities, and condos in luxury highrise buildings. 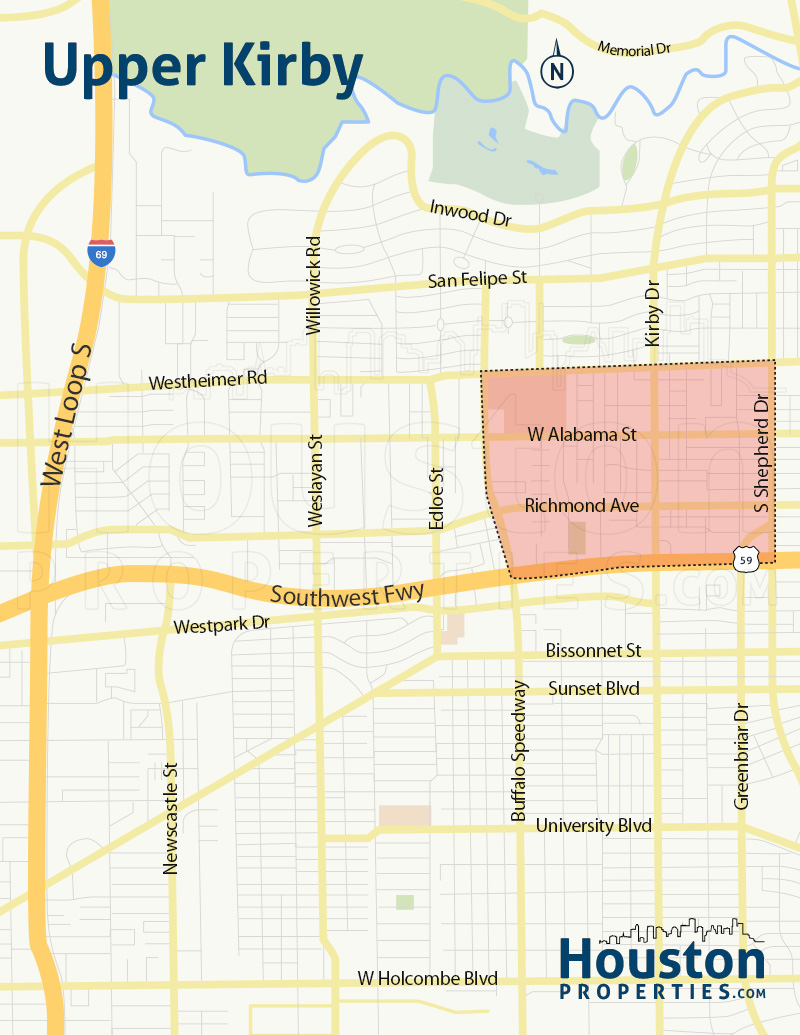 Fun Things To Do In And Around Upper Kirby

Residents in the Upper Kirby District don’t have to go very far for shopping, dining, and entertainment as its location gives it easy access to the finest Houston has to offer. The Greenway Plaza is virtually the district’s next door neighbor, while Montrose’s lively nightlife and street scene and the Galleria’s posh offerings are equally accessible from Upper Kirby.

Apart from reaping the benefits of its central location, the neighborhood is also a destination in itself, with its collection of upscale boutiques, fine dining restaurants, bars, and lounges.

Upper Kirby’s restaurants offer feasts in various cuisines, making the neighborhood quite a hotspot for foodies.

While Upper Kirby doesn’t have much green spaces within its dense, urban landscape, the neighborhood has Levy Park in nearby Greenway Park. The park has been renovated in the past few years, and now features a dog park, a softball field and a community garden.

Listed below are just some of the best places to visit in and around Upper Kirby.

Upper Kirby is zoned to the Houston Independent School District (HISD) and is home to two of the most highly regarded schools in the area: Lamar High School and St. John’s School.

Other notable private schools around the Upper Kirby area includes:

To find an updated listing of all Upper Kirby real estate zoned to any specific public school, please send an email to Paige Martin at [email protected] with the property preference and budget that you’re working with.

Paige is ranked as one of the top realtors in Upper Kirby Houston, and the state of Texas. Read more about the over 65 awards she’s won in the last few years.