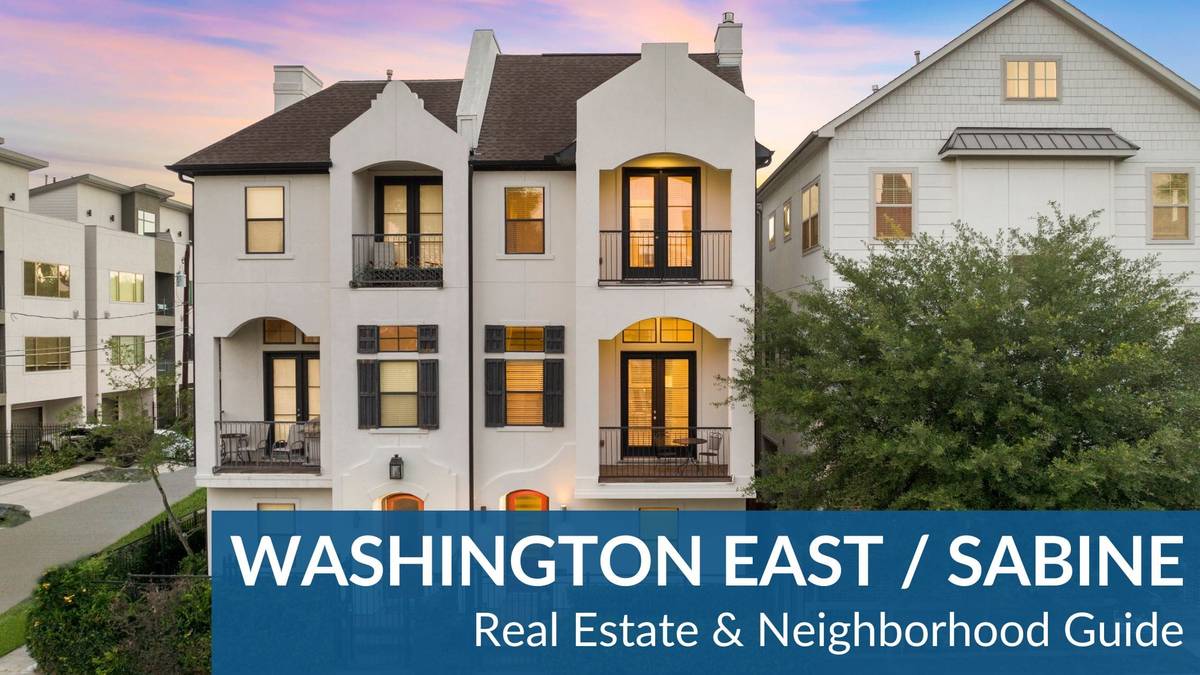 Washington East/Sabine is popular thanks to its:

Washington East/Sabine's proximity to main roads can be tricky to navigate. Older properties might need major renovations, and houses close to highways may have noise issues. Hiring a Houston realtor familiar with the area is crucial to securing your Washington East/Sabine home.

To get personal advice on buying or selling in the Washington East/Sabine area, contact Paige Martin, one of Houston’s best realtors and one of the top-ranked Realtors in the United States.

"Selling your home is an emotional process. For that, it is important to work with the best real estate agency out there. From the moment we decided to sell, Houston Properties Team was there for us. They took their time to get to know us, what our needs were and when it would be the right time to sell, and for what price. We received a detailed timeline so we knew exactly where we were in the process at all times. They were very knowledgeable and went above and beyond for us. They were very patient, answered every question we had big or small promptly, and always provided us with the information we needed. I highly recommend working with the Houston Properties Team. Thanks to them, we had a very smooth sale and found the perfect new owners for our house." - Olivia Simoen-Deman (Google Review) 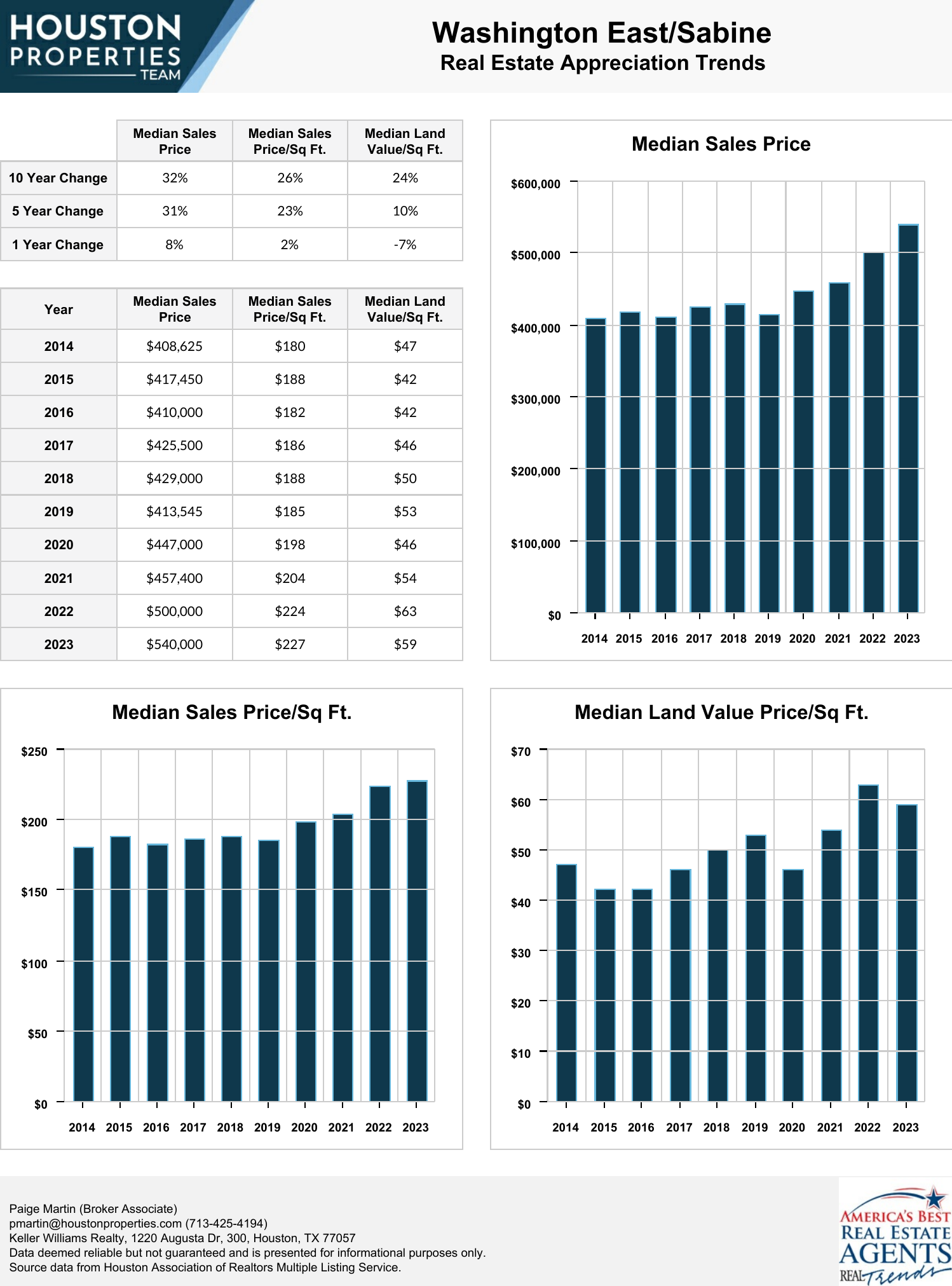 Located at the center of Houston is Washington East/Sabine. It's nestled within the Inner Loop neighborhood.

Washington East/Sabine is famous for its:

Located at the heart of Houston, Washington East/Sabine is a short commute from Houston's major districts. 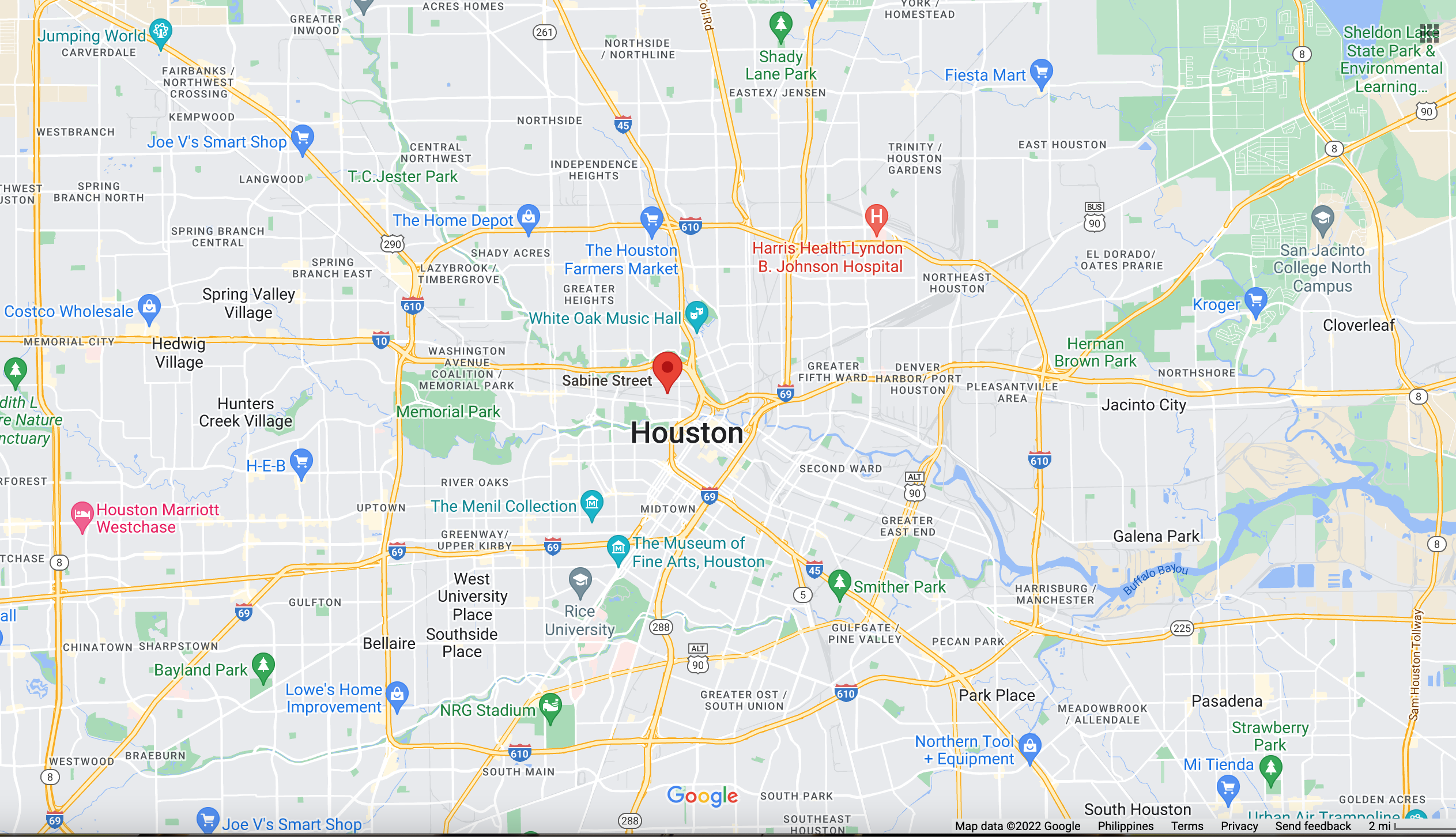 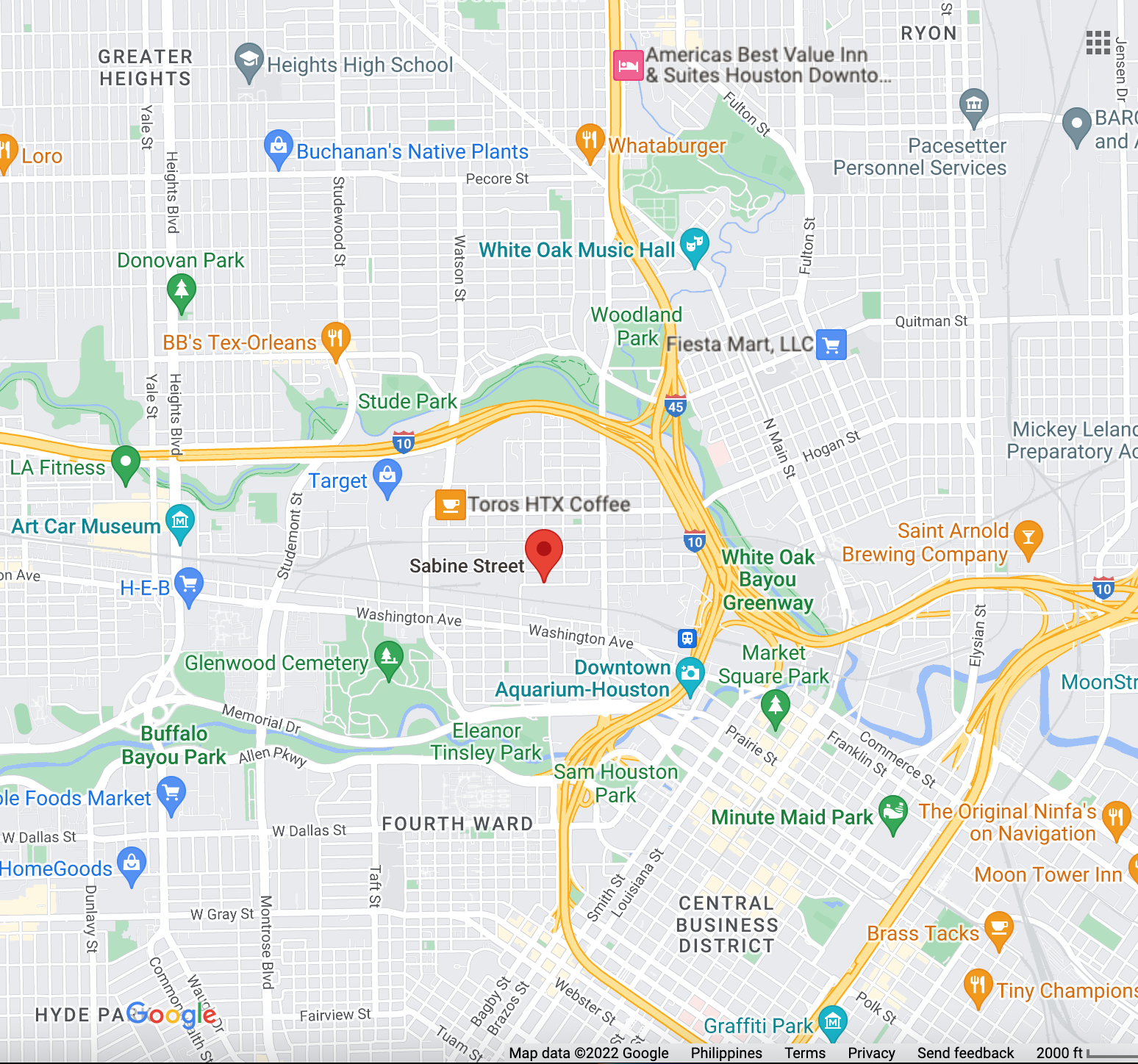 Established in the 1920s, HISD is the largest school district in Texas. The Texas Education Agency (TEA) gave the HISD a “Met Standard” rating in 2016.

The neighborhood has remained a popular option thanks to its proximity to key Houston districts and accessible activities nearby.

Most homes in Washington East/Sabine are designed in traditional farmhouse architectural styles in one-story floor plans. Few of the houses are offered in a modern contemporary style with one to two-story floor plans.

Townhomes in Washington East/Sabine for sale are newly constructed. Townhomes for sale have contemporary designs.

Townhomes for sale have an open floor concept with high ceilings. They have hardwood floors, stainless steel kitchen appliances, and granite countertops.

There are no mid- or high-rise Washington East/Sabine condos for sale, but plenty of units are available in surrounding areas.

View all Houston's Condos for sale

The Houston Properties Team are experts in Washington East/Sabine real estate. Please contact us if you’d like to see Houston condos or learn more about buildings that could be a fit for you.

Washington East/Sabine was included in the Old Sixth Ward Historic District. Before, it had the largest concentration of Victorian houses in Houston.

Houses in the area were first built in the 1850s and some of the houses are preserved. In 1997, the Old Sixth Ward in Houston was declared a historic district. Ten years later, it was designated as Houston's first Protected District, opening the door for preservation.

In this market region, there are also newer buildings. Some of them were constructed outside the Protected Houston District. Other houses were built on undeveloped land.

Now, Houses for sale in Washington East/Sabine are newly renovated houses. Keeping the vintage look while upkeeping the safety of residents. Other houses are newly constructed houses with modern architectural designs.

Fun Things To Do Near The Washington East/Sabine

Residents of Washington East/Sabine are near multiple establishments, retailers, and parks thanks to its accessible routes nearby.