A “pocket neighborhood” nestled near Houston’s most expensive neighborhoods, Weslayan Plaza is known for its vintage ranch-style homes, great location, and high accessibility.

Nestled between the Upper Kirby/Greenway Plaza and the Galleria/Uptown areas, Weslayan Plaza offers excellent access to key districts and neighborhoods. Made up of around 150 homes, the community is a popular option due to its:

Buying or selling a home in Weslayan Plaza can be challenging due to the neighborhood’s deed restrictions (which can be a problem depending on your long term goals), older homes (which often sell at a discount but may need extensive renovations), and proximity to major roads and freeways (which are a plus, but you don’t want to live too close to a major artery).

Contact Paige Martin, one of Houston’s Best Realtors and one of Weslayan Plaza’s most active real estate agents, if you’re looking to buy or sell Weslayan Plaza homes for sale. 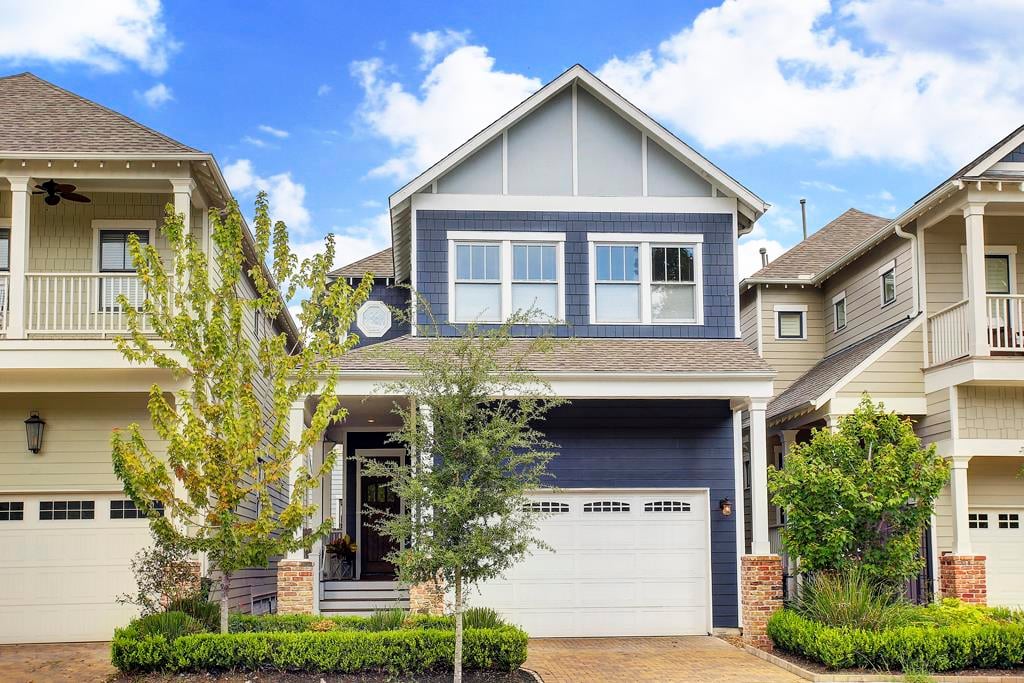 Don’t see what you like?Get a custom list of the best homes for sale in Weslayan Plaza

Nestled on the northeast corner of Loop 610 and Southwest Freeway, Weslayan Plaza is one of Houston’s older and most expensive neighborhoods.

Made up of around 150 homes, Weslayan Plaza is a relatively small residential community (sometimes referred to as a pocket neighborhood, like Highland Village, Oak Estates, and Lynn Park).

The neighborhood is roughly bordered by Weslayan Street to the east, W Main Street to the north, Drexel Drive to the west, and Southwest Freeway (Hwy 59) to the south. Houston’s most affluent and most expensive neighborhoods surround the small community, including River Oaks, Afton Oaks, and Royden Oaks.

Weslayan Plaza is nestled between two major employment and retail centers, Uptown Houston/Galleria area and Upper Kirby/Greenway Plaza. The Galleria area, home to 2,000+ businesses and 55,000+ employees, is about a mile away from the neighborhood.

Greenway Plaza, on the other hand, is directly east of the neighborhood. Greenway Plaza is a mixed-use district with 10 commercial buildings (over 4 million square feet of space).

Downtown Houston is around 5 miles away from the neighborhood.

Retail, dining, and entertainment options are also available nearby. Highland Village, a high-end retail center, is a few blocks away. Opened in the 1950s, Highland Village is one of the oldest and most popular shopping destinations in the city.

The following are some of the more notable private schools near Weslayan Plaza.

To find an updated listing of all Weslayan Plaza real estate zoned to any specific public school, please send an email to Paige Martin at [email protected] with the property preference and budget that you’re working with.

Property values have steadily risen over the last 10 years with slight fluctuations. The median appraised value of Weslayan Plaza homes is at over $450,000.

Several factors constribute to the neighborhood’s strong appreciation rates, including new construction homes (which tend to sell at a premium) and low inventories. There have been less than 10 public Weslayan Plaza home sales annually in the last decade (some homes are not listed on the MLS or are for-sale-by-owner).

Weslayan Plaza is made up of around 150 homes, most of which date back to the 1950s. Many of the neighborhood’s original homes still line the area’s streets. Some new construction two-story homes are available in the area, with more living space and more modern designs.

Homes in the neighborhood typically feature around 2- to 5-bedroom floor plans spread over 1,400 to around 3,000 square feet of living space. The most expensive Weslayan Plaza homes can offer upwards of 5,000 square feet.

There are plenty of townhomes in the areas around Weslayan Plaza, including ones from Lovett Homes. Nearby Afton Oaks also features some townhome units and patio homes around its borders.

There are no highrise residential condos within Weslayan Plaza. Nearby districts like Upper Kirby/Greenway Plaza, River Oaks, and the Galleria do offer a number of luxury mid- and highrises. Listed below are a few of them.

Like most neighborhoods in the area, Weslayan Plaza was developed in the 1940s and 1950s. One-story ranch-style homes lined the neighborhood’s streets during the period. Brick and wood exteriors, hardwood floors, and ample setbacks are common features, giving the neighborhood a certain old-world atmosphere.

Today, many of Weslayan Plaza’s original homes have been replaced with bigger new construction homes with modern two-story designs.

The neighborhood remains a popular option due to a number of factors, including its proximity to major employment and retail centers, accessibility, and slightly more affordable home options.

Fun Things To Do Near Weslayan Plaza Houston

Like most pocket neighborhoods around the River Oaks and Galleria areas, Weslayan Plaza is mere minutes away from Houston’s best dining, retail, and entertainment hotspots.

The Greenway Plaza, located just east of the neighborhood, is a master-planned development. The mixed-use district is home to 10 commercial buildings, several restaurants, stores, hotels, and condos.

Highland Village, one of Houston’s premiere shopping destinations, is a few blocks away. Built in the 1950s, the shopping center features more than 60 upscale boutiques, stores, restaurants, and commercial establishments. Other nearby shopping centers include the River Oaks District, Uptown Park, the Galleria, and Shepherd Square.

The Weslayan Plaza, another retail center, is located just across the Southwest Freeway.

Here are some of Weslayan Plaza Houston must-visit places: