Situated south of the Southwest Freeway, just minutes away from the Downtown Houston, the Galleria, and the Texas Medical Center. The West University community features excellent accessibility, amenities, and a premier neighborhood experience.

West University remains popular thanks to its:

Most of the West University community is made up of single-family homes with various architectural designs, some dating back to the 1930s. Each West U homes have sprawling lots ranging from 5,000 to 20,000 sq ft. Due to its popularity, West University real estate can be challenging to navigate.

To get personal advice on buying or selling a West University home, contact Paige Martin, one of the Top-Ranked Realtors in the United States.

“I can't recommend the Houston Properties Team enough. Working with them has been a painless and wonderful experience and would recommend them to any of our friends and family. She and the Houston Properties Team guided us flawlessly through our first home purchase. There is no other person I would trust with our next home purchase after how amazing this process has been.” - Chad (Google Review)

Covering a total area of 2 square miles, West University Place is a “city within a city”, subdivided into 26 sections called blocks. It has Bellaire to the west, Southside Place to the south, and Houston to the east and north. It was also once named the “Number One Best City to Live In” by USA Today.

West University is known for its:

West University also goes by “The Neighborhood City” because of the above qualities, in addition to its family-friendly subdivisions. The neighborhood exudes a small-town look and feel that makes West University homes for sale highly desired.

Covering a total area of 2 square miles, West University Place is a “city within a city”, subdivided into 26 sections called blocks. It has Bellaire to the west, Southside Place to the south, and Houston to the east and north. 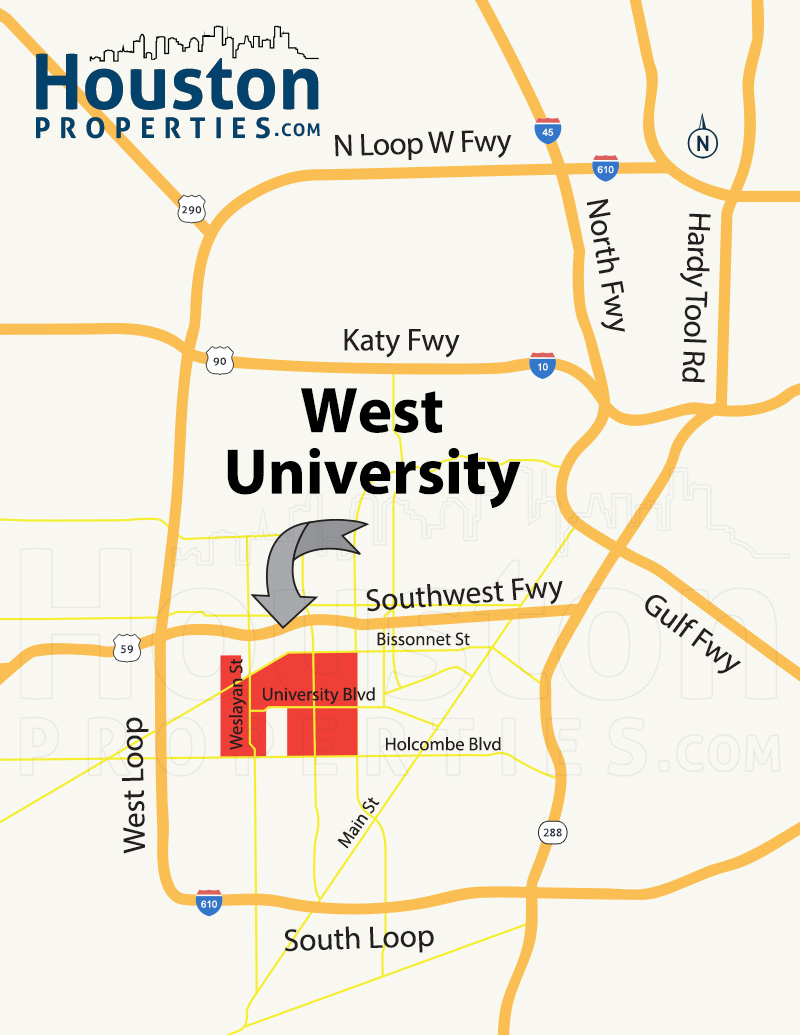 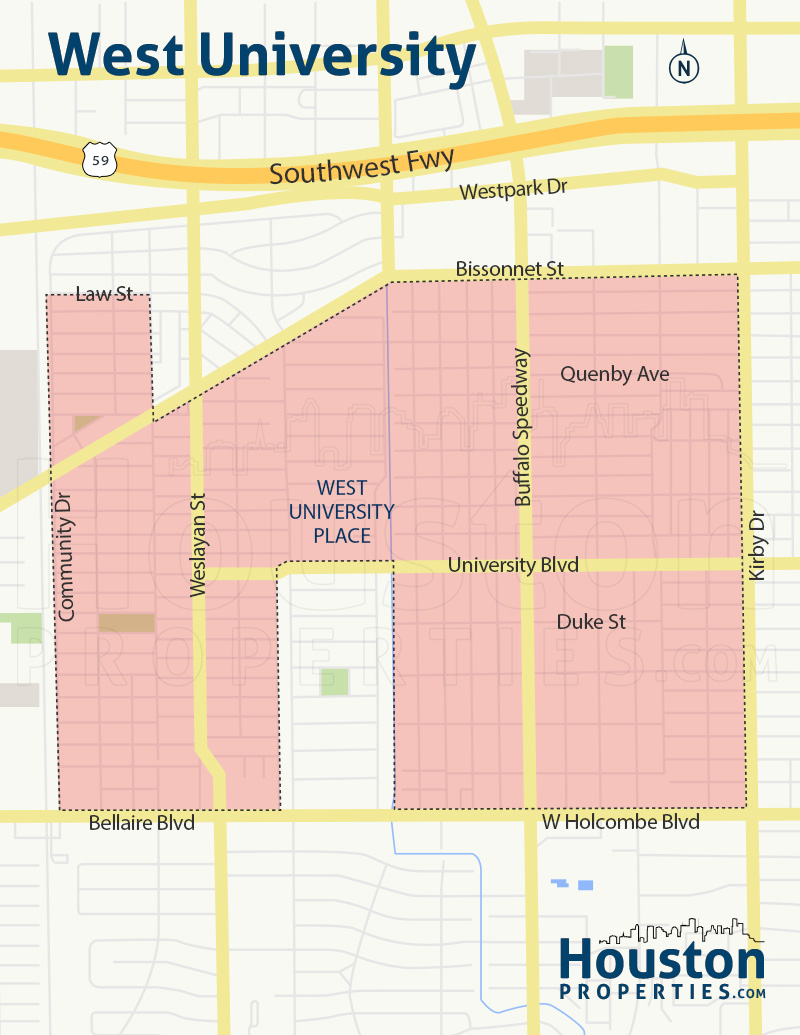 West University Elementary School is located within the city.

*Note: For a more detailed outline of top schools near specific West University subdivisions, check our Best Houston Schools article or email me.

Rice University is just a few minutes east of West University Place. The city is also served by the Houston Community College System, with several campuses around Houston. The University of Houston and the Texas Southern University, on the other hand, are minutes away from West U.

To find an updated listing of all West University real estate zoned to any specific public school, please email Paige Martin at PMartin@HoustonProperties.com with the property preference and budget that you're working with.

*Note: School zoning tends to change from year to year. The information provided above is accurate but not guaranteed. Please double-check by visiting the School's website. 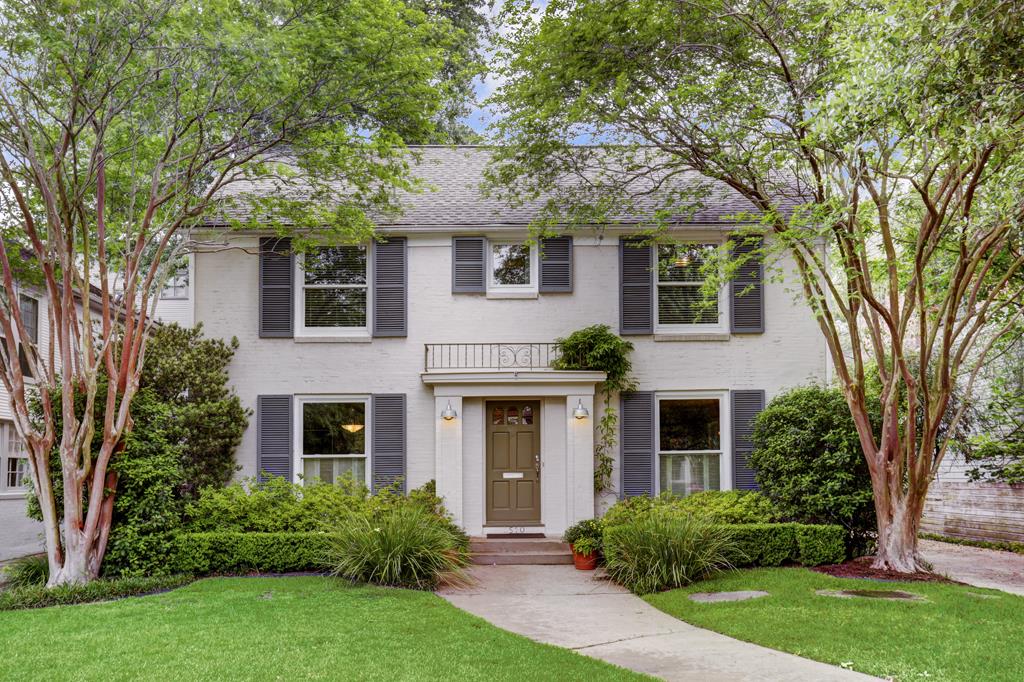 West University homes are mostly single-family dwellings on mid-sized lots. Some of the area’s original homes from the 1920s and 1930s have been renovated, but most have since been replaced with two-story custom-built homes.

Homes in the city typically feature lot sizes between 5,000 to 11,000 square feet. The most expensive West University homes for sale, however, can feature as much as 20,000.

Home sizes can range from 2,000 to more than 5,000 square feet. Four- to five-bedroom floor plans are common. Traditional, Colonial, Contemporary, and other architectural styles are available in the area.

During the 1990s, the city changed its development rules to allow new construction in the area. Today, West University homes range from the city’s older cottages to 2-story contemporary homes. 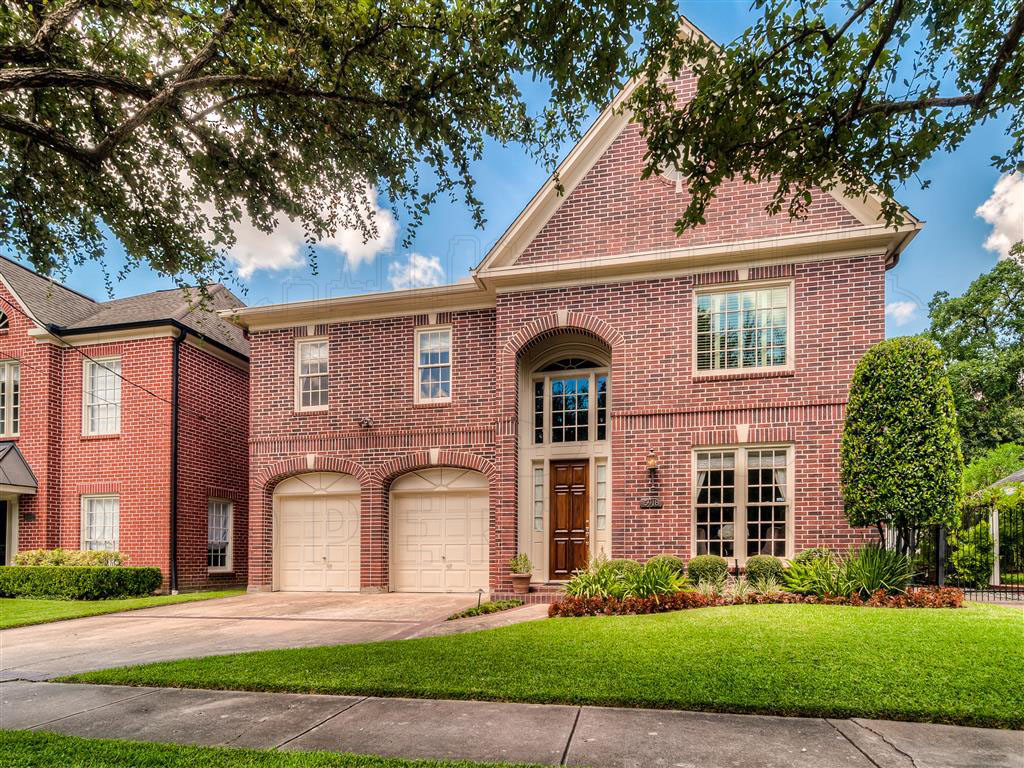 West University townhomes are typically smaller, with about 1,500 to 2,500 square feet of living space. However, these properties are generally more affordable than single-family homes.

Notable townhomes in the city include:

There are no mid- or high-rise West University condos for sale, but plenty of units are available in surrounding areas including 2520 Robinhood in nearby Rice Village.

Several condo buildings are located in the Museum District, Upper Kirby, and the Galleria, including:

In 1917, Ben Hooper, a former governor of Tennessee, started the development of what is now known as West University Place. Some of the young community’s first lots were sold in the same year.

The city owes its name to Rice University, then known as Rice Institute. Most of the city’s streets were named after authors, colleges, and universities.

In 1924, residents pushed for incorporation, due in part to Houston’s reluctance to build infrastructure far from the city’s center. By 1939, the city of Houston continued to grow, but the then municipality refused to consolidate. In 1940, West U adopted a formal city charter.

Today, West University is one of Houston’s most affluent and most expensive neighborhoods.

Fun Things To Do In West University

Residents of West University Place enjoy a variety of activities and establishments within the neighborhood. The city’s many parks and green spaces offer facilities where residents can go bird watching, do team sports, or have a relaxing bike ride.

Colonial Park features a playground, a picnic area, tennis courts, a pavilion, a walking path, and a sand volleyball court. It also offers a recreational center as well as a pool. 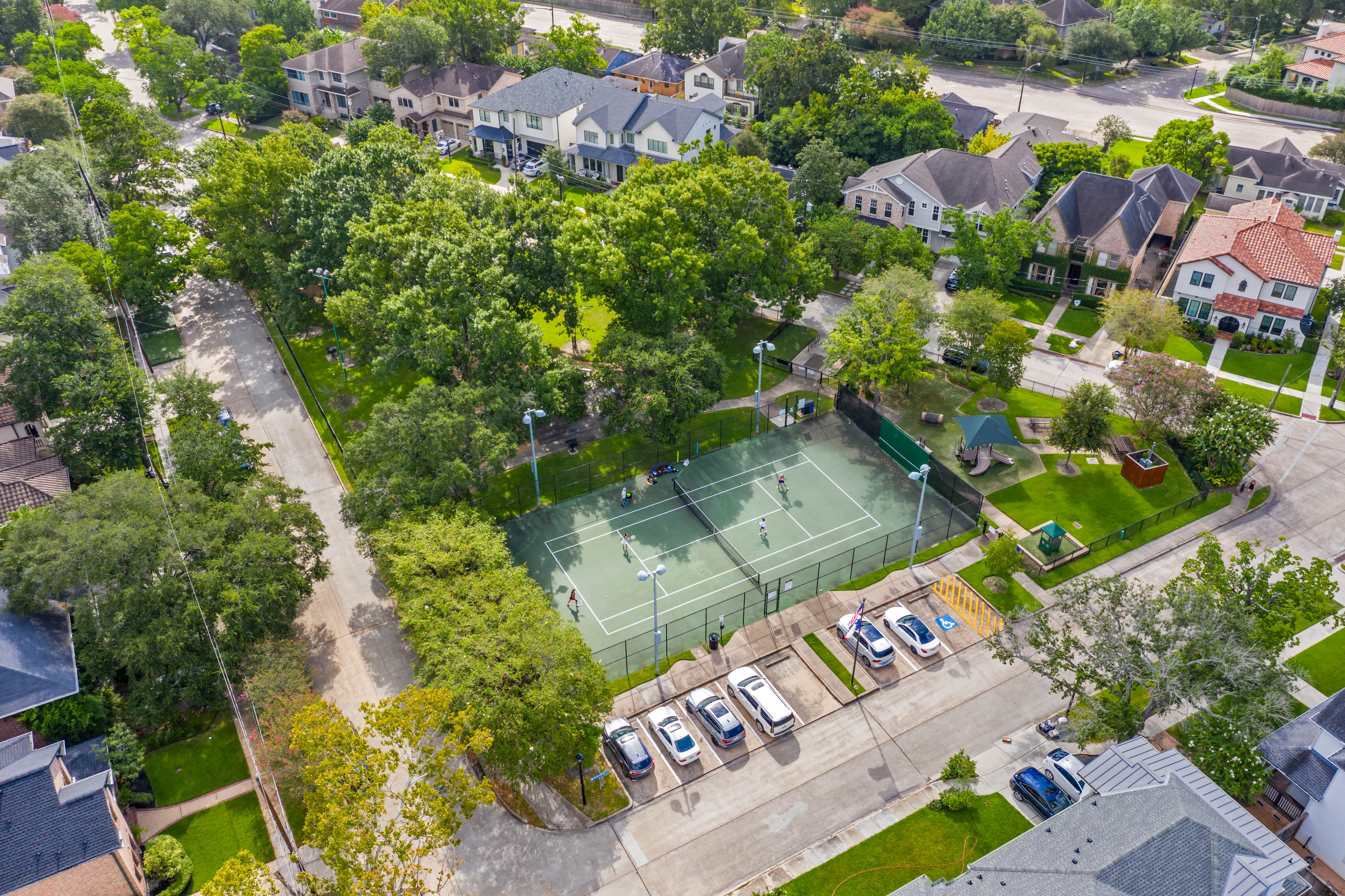 Wier Park, on the other hand, has lighted tennis courts and a basketball court.

West University residents aren’t far from retail either, as Rice Village, one of the area’s best-loved shopping destinations, is a stone’s throw away from the city. Covering 16 blocks with over 300 shops, the shopping district is home to a hodgepodge of high-end boutiques, small shops, restaurants, delis, and pubs.

Thanks to the city’s central location, residents are mere minutes from Houston’s finest, including the Galleria, the Museum District, Hermann Park, and Memorial Park.

Here are some of the must-visit places in and around West University Place: