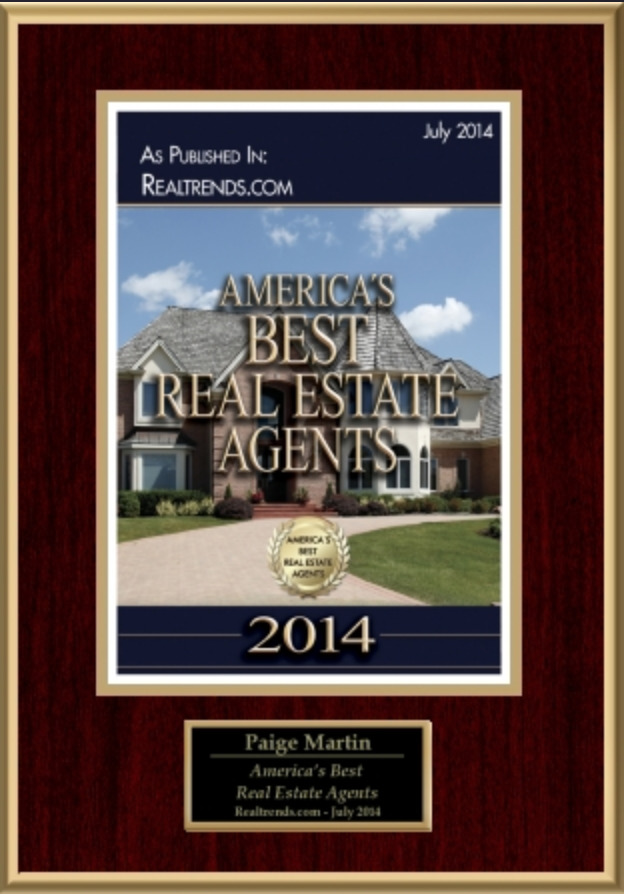 The Houston Chronicle has released its “Top Houston Real Estate Agents” ranking Paige Martin as one of “Top 40 Houston Realtors” from over 25,000 real estate agents within the greater Houston region.

In addition, Realtrends.com released its nationwide Realtor ranking that lists Paige Martin as “One of America’s Best Real Estate Agents”.

Paige Martin has also been featured on TV and in dozens of publications, including: Fox News in the Morning, Houston Business Journal, the Houston Chronicle, Downtown, Houston Magazine, and Texas Monthly Magazine. 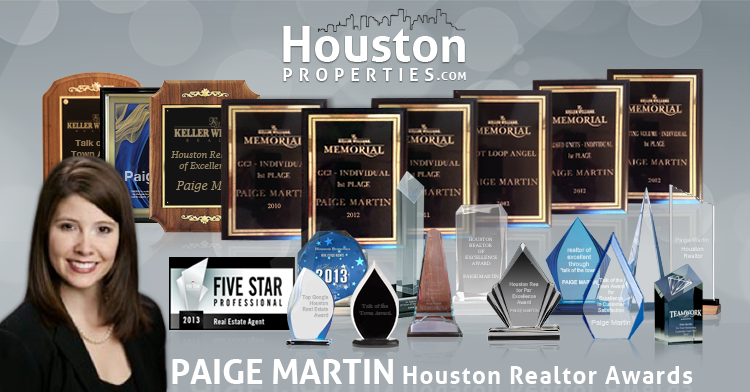 Paige has received over 52 awards for her production levels. Recent awards include:

In addition, over 75 of her prior clients have publicly endorsed and recommended her via LinkedIn, YouTube Videos and HAR. Read testimonials, recommendations and connections below (or connect with Paige at [email protected]):

Below is a short YouTube video of some of Paige’s former clients talking about their experiences working with her.

Paige was named the #1 Ranked Individual Agent in the Keller Williams Memorial Office for 2013, 2012, 2011 and 2010. She has been a consistent top producing agent, with an ongoing seven-year roll for receiving awards due to her production levels.

Paige was a wonderful agent to work with. I would highly recommend her and if needed, will absolutely use her again. She’s one of Houston’s best realtors!”

“Paige was an absolute dynamo! She’s simply the best Houston realtor! She kept us up-to-date on everything and was in our corner every step of the way. I thank my lucky stars that she was our realtor, and I would unequivocally recommend her to anyone looking for a realtor.”

“Paige handled two recent real estate transactions for me with skill, expertise and professionalism far exceeding my expectations. She processed each detail with in-depth knowledge that kept my transactions on tract from start through successful completion. I highly recommend that anyone looking for one of Houston’s best realtors utilize her services.”

“Paige is a very detailed and assertive real estate agent. She always made sure I understood everything that was happening and explained different options along the way. I could not have asked for a better experience in purchasing a new home and selling my old one. I’m glad the best Houston realtor was on my side during the entire process.”

“I worked with Paige to acquire a property in downtown Houston. Her detailed knowledge of the area and the properties available was invaluabale. She made the process easy, especially for one not acquainted with the process. I would highly recommend using Paige to anyone looking for Houston’s best realtors.”

“Paige is a hard worker and seeks out the best for her clients. She is communicates best over email and gets an answer back to you quickly. Paige is not afraid to go the extra mile for her clients and travels all over the city of Houston to do so. She makes our job at the title company easy and we always enjoy working with her. Paige is awesome!”

“There is little more to say other than Paige was/is Fantastic! She is easily one of Houston’s best realtors! We looked for houses for almost a year and Paige was nothing but patient…showing us house after house after house. Just what you expect from the best Houston realtor. Paige was able to get an accurate feel for our like/desires and dislikes…and this allowed us to use our time very efficiently as she did a great job screening the houses we picked from HAR.com and then finding some that we missed. Overall we could not have dreamed of a better experience.”

PaigeMartin is a customer-focused Houston Realtor’ (member of the National Association of Realtors) dedicated to providing exceptional service. She guides clients through all aspects of learning about Houston, relocating to Houston, buying a home, buying a highrise or condo, tips for selling your home and ensuring that your transaction goes as seamlessly as possible.
Email Paige at [email protected] or call 713-425-4194 today for personalized service.