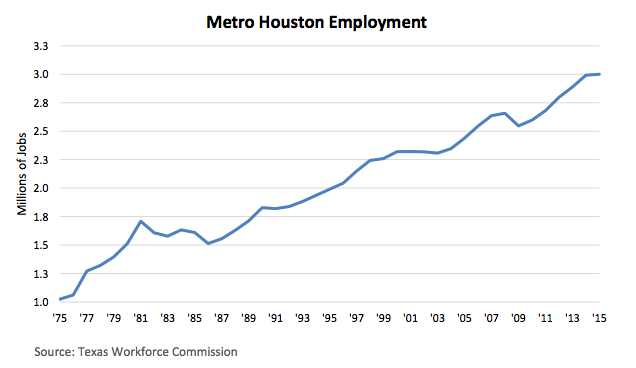 In January 2015, we completed an analysis on the drop in oil prices on Houston home values.

Since then, oil prices have fallen by another 20%, commodities have continued their downward trajectory, and more energy firms have announced layoffs.

Below is an December 2015 update (using the most current data available) on the impact in falling oil prices on Houston real estate.

CONSIDERING BUYING? Get a recommend on areas and properties that may be a good fit for you.

JOBS: GROWTH SLOWS, BUT NEW JOBS ARE BEING ADDED

According to the Greater Houston Partnership, the Houston MSA surpassed 3.0 million jobs for the first time in the region’s history in October 2015.(1)(2) 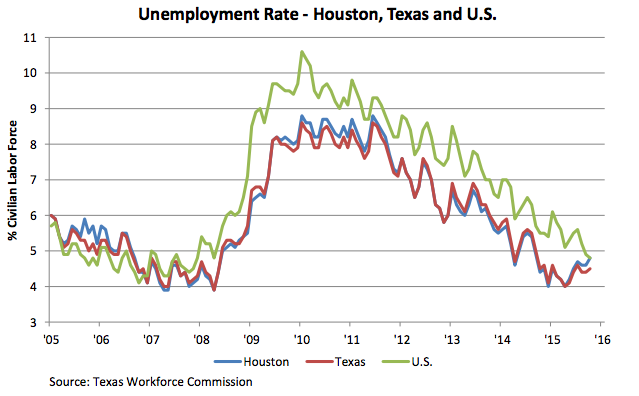 They record that the Houston area has shed about 10,200 energy jobs since last year, and may lose up to 19,000 energy jobs before the industry recovers. (3)

As the table below shows, growth in Healthcare, Construction, Government, Retail, Accommodations, and Services has overcome the job loss from Energy, Manufacturing and Wholesale Trade.(3)(5)

According to the most recent data from the Houston Association of Realtors (from November 2015), 2014 set record highs for home sales prices, properties sold per month and reached a record low of available inventory.

This data still results in Houston being in a Seller’s Market, however it is “less so” that it was in 2014.

Months of available Houston home inventory is up to 3.4 for November 2015 (which is a 29% increase over the 2014 level) but materially lower than the nationwide average of 4.8 months of inventory or the definition of a “Balanced Market” (5-7 months of inventory).

The number of Houston homes sold in November 2015 is comparable to results from November 2012.

Different neighborhoods and property types are starting to sell and different prices and with different frequency.

Several of the key factors that influenced the price and speed that homes that are selling include:

The primary value of a top Houston realtor is to provide candid advice on the resaleability of a home in a downturn. Not all homes are created equal.

The following graphs are based on data from the Houston Association of Realtors MLS System and highlight how different neighborhoods are trending differently.

The Right Y-Axis and blue bars show the median sales price. The Left Y-Axis and red line shows the months of available inventory.

This data is based on results for Novembers from 2011 through 2015. With a monthly sample size, based on the geo market areas, they show more volatility than looking at full year, or quarterly, trends.

However, they show divergence between different markets.

Get a custom market report for your neighborhood. 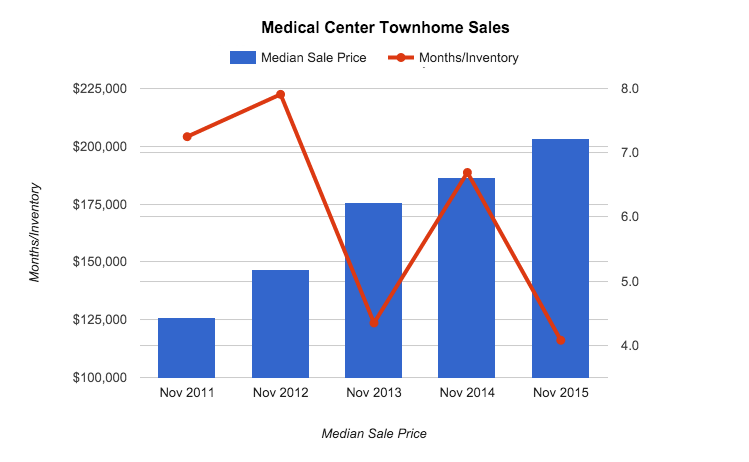 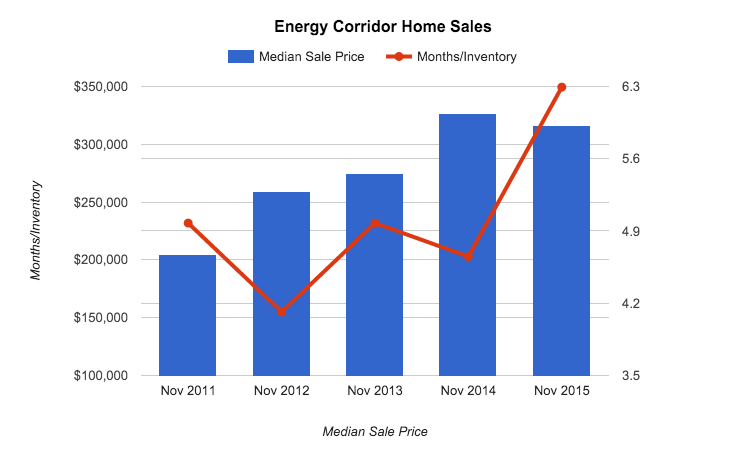 Data is from the Houston MLS system.  Information is believed to be accurate, but cannot be relied up and is not certified. The MLS does not verify the information provided and disclaims any responsibility for its accuracy. All data is preliminary and subject to change.

About Paige Martin – Head of the Houston Properties Team

As featured on Fox News in the Morning, Houston Business Journal, the Houston Chronicle, and Houston Magazine, Paige Martin, a consistent Top Producing Broker-Associate and head of the Houston Properties Team, is ranked amongst the very top Keller Williams agents in the Houston area. Paige Martin’s recent awards include: